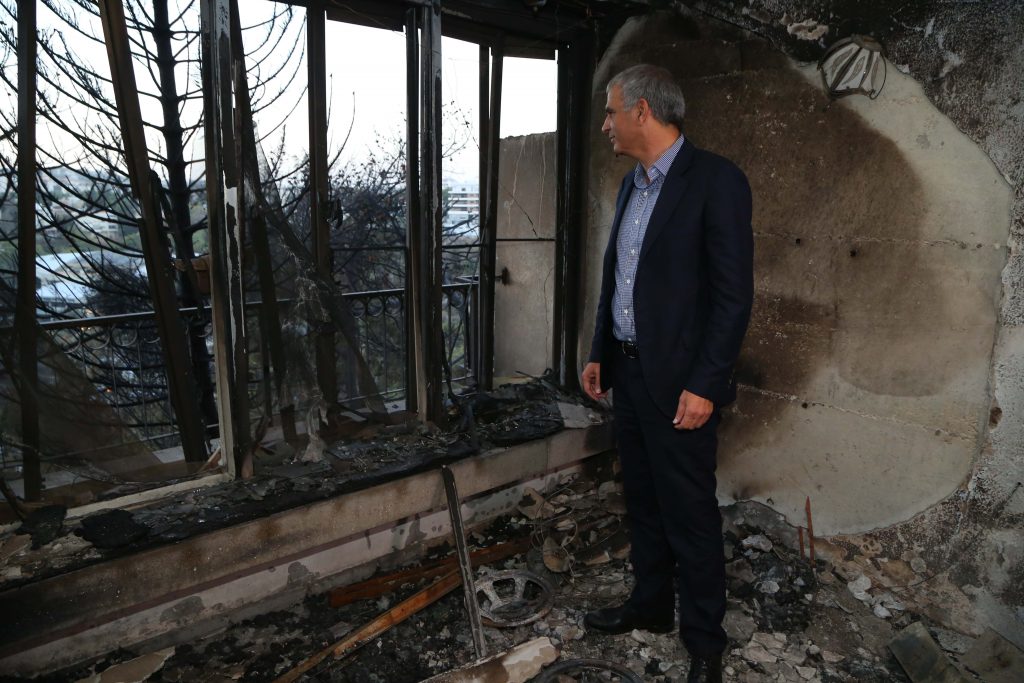 While thousands of people who suffered loss of their homes or extensive property damage in last week’s fires wait for promised state aid to come through, Jews abroad have stepped in to help.

The money is coming from both large organizations and small private donors in the U.S. and around the world.

Chabad on Campus International has set up a special fund, the money to be distributed by the University of Haifa Student Union and the municipality of Haifa, which was the hardest hit area in the country.

Hundreds of students have reportedly made donations so far, and an anonymous donor has pledged to match up to $9,000 raised by the campaign which has set a target goal of $18,000.

Jewish Agency Chairman Natan Sharansky and president of the Combined Jewish Philanthropies of Boston, Barry Shrage, were in Haifa on Wednesday to distribute aid to victims of the fires.
“In these trying times, the Jewish world is united in concern for those Israelis rendered homeless by the recent wildfires,” said Sharansky. The Jewish Agency is distributing immediate grants of $1,000 to each family unable to return home. On Wednesday alone, it gave out over 100 checks in Haifa and in other stricken areas.

Meanwhile, the Israeli Finance Ministry announced an agreement with private insurance companies on Wednesday regarding an expanded compensation for homeowners.
The insurers have committed to covering the gap between the Property Tax Fund’s maximum compensation and the actual value of the damaged property.
According to property tax law, the state compensates citizens for direct and indirect property damages caused by hostile acts, war or terrorism, through the Tax Authority’s Property Tax Fund. While the fund will fully cover the value of a damaged housing unit, maximum payment for the home’s content is fixed at 150,000 shekels.

Many victims, particularly in Zichron Yaakov, have complained that the value of possessions destroyed by fire was much more than 150,000. In cases eligible for the fund’s compensation, the private insurers are exempt from paying the victims, resulting in significant loss for many.

“The willingness of the insurance companies to help and their level of sensitivity are deserving of respect,” Finance Minister Moshe Kahlon said, following a meeting with the companies’ representatives.