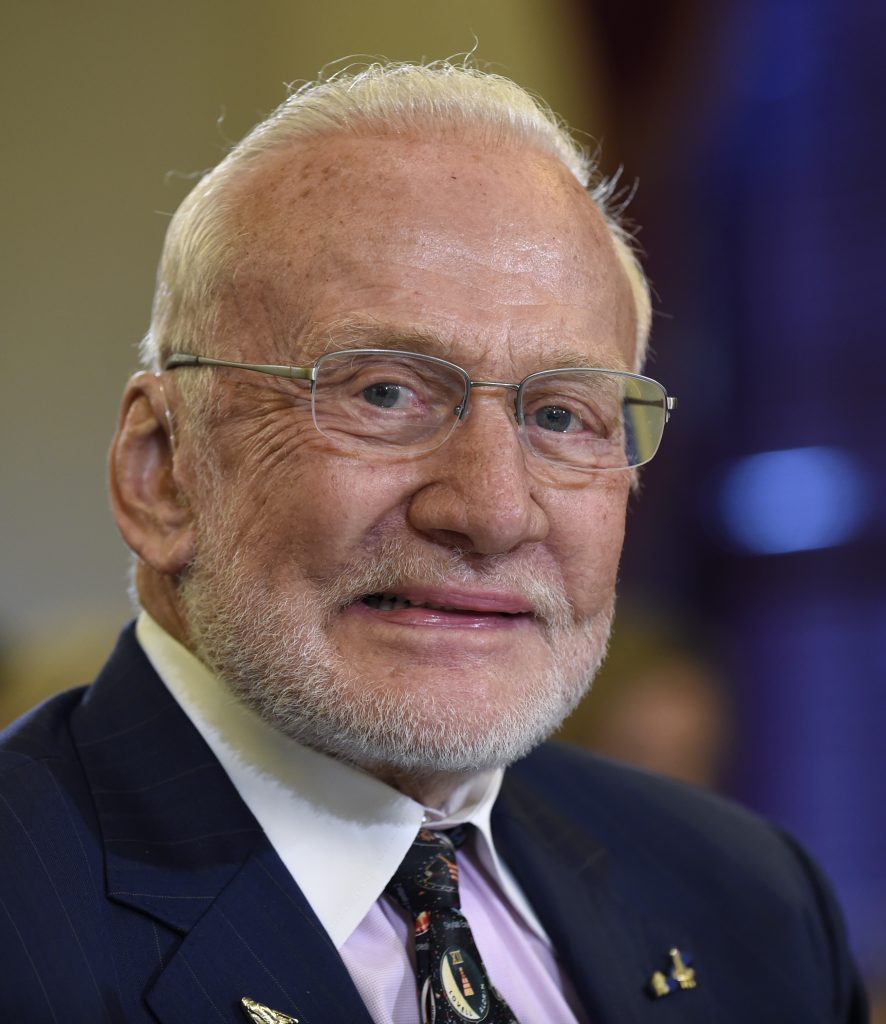 Former NASA astronaut Buzz Aldrin was evacuated from the South Pole on Thursday after falling ill during a visit with a tour group.

The 86-year-old Aldrin arrived at a hospital in Christchurch, New Zealand, early Friday morning local time. According to a statement from the tour company, White Desert, he had fluid in his lungs but was responding well to antibiotics and was in stable condition.

Aldrin, who in 1969 became the second person to walk on the moon, arrived at the South Pole on Nov. 29, according to a message from his assistant, Christina Korp. He was scheduled to be there until Dec. 8 but his “condition deteriorated” shortly after arriving, according to the White Desert statement.

After a discussion between the White Desert doctor and the U.S. Antarctic Program, the National Science Foundation agreed to provide medical evacuation for Aldrin. He was flown to McMurdo station, a research facility run by the NSF, on ski-equipped LC-130 cargo planes flown by the 109th Airlift Wing of the New York Air National Guard. Hours later, he boarded a Safair cargo plane that transported him to Christchurch, where the logistics hub for the Antarctic program is located.

According to the statement from White Desert, Aldrin will stay overnight for observation at the New Zealand hospital. His manager described him as being in good spirits.

In June, rescuers successfully evacuated two sick workers from Amundsen-Scott research station at the South Pole. It was only the third time such a rescue had been attempted during the brutal Antarctic winter, when the sun never rises and temperatures sink so low that fuel freezes.

Summer evacuations like Aldrin’s are less risky and more common. Several private tour companies run trips to the South Pole during the daylight months between November and February. But conditions at the pole are harsh even during the warmer months: The elevation is about 9,000 feet – nearly twice as high as Denver The air is dry, winds are fierce, and temperatures almost never exceed zero degrees Fahrenheit.

On Aldrin’s Twitter account, several photographs have been posted recently of him preparing to travel to Antarctica, including one Tuesday showing him outside an airplane with the caption “South Pole here I come!”

Another, posted Tuesday, read: “We’re ready to go to Antarctica! May be our last opportunity to tweet for a few days! We’re go for departure to the launchpad!”

Another, from Sunday, included a joke: “I could be a little underdressed for Antarctica. Although I tend to be hot blooded.”

Aldrin was born in Montclair, N.J., as Edwin Eugene Aldrin Jr. He earned the nickname Buzz because his sister pronounced the word “brother” as “buzzer,” according to CNN.

In 1969, Aldrin, along with Neil Armstrong and Michael Collins, flew to the moon on the Apollo 11 mission. He became the second person to walk on the moon, after Armstrong.