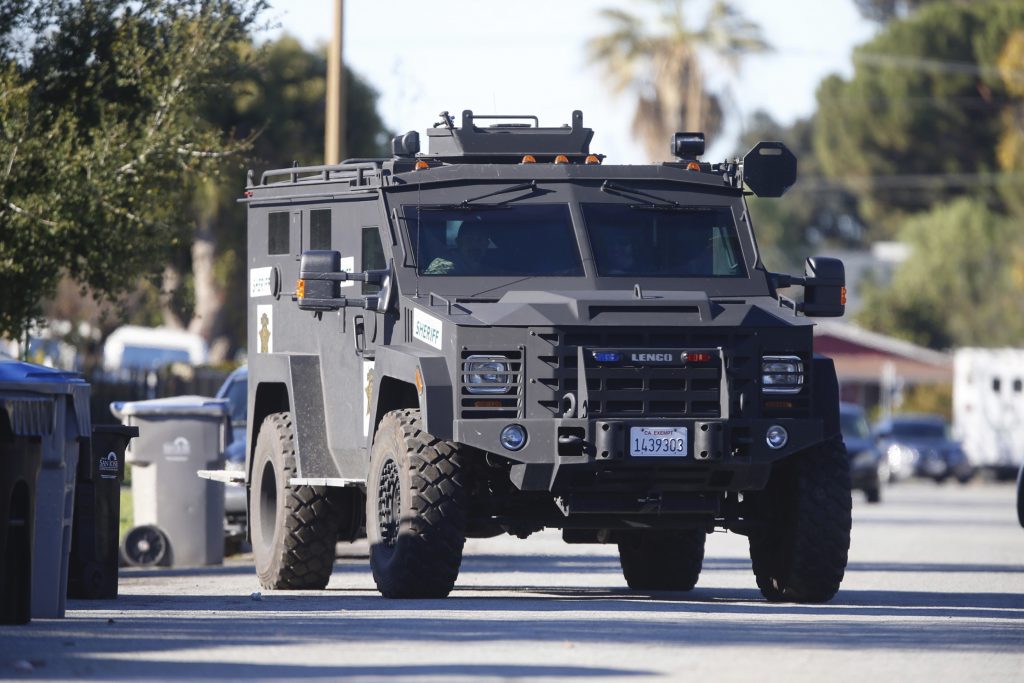 A second fugitive inmate who escaped last week from a county jail in California by rappelling down with a bedsheet was re-arrested, after a seven-hour standoff with police.

Santa Clara County Sheriff Laurie Smith said Rogelio Chavez was taken into custody Wednesday night at the house of an associate in San Jose. Video of the scene showed a man in handcuffs being led out of the house by at least six officers.

Detectives were trying to search the home of Karla Fernandez when they noticed someone was hiding in the attic and requested backup from the SWAT team, Smith said.

A SWAT team shot tear gas canisters into the home at least twice earlier in the day.

Authorities said Chavez was arrested without incident and taken to a hospital because he was suspected of being under the influence of illegal substances.

Fernandez, who is on probation, was also arrested and is facing charges of resisting and obstructing an investigation, being a felon in possession of a firearm, and being an accessory to an escaped inmate.

Chavez and Campbell escaped with two other prisoners last week by cutting through the bars covering a second-story window and then rappelling to the ground on a bedsheet rope. The others were quickly apprehended.

Campbell’s sister, Marcaysha Alexander, 24, was also arrested on suspicion of harboring a fugitive.

Smith said the investigation is ongoing and there may be more arrests.

Chavez and Campbell eluded a massive manhunt the night of their escape and several subsequent raids of places the two were thought hiding, including a San Jose mobile home that heavily armed deputies surrounded early Tuesday with no success.

In the process, a 35-year-old San Jose woman was arrested on suspicion of helping Chavez hide in a Gilroy motel raided Monday.

Glennon said Campbell was tracked to his sister’s home on Monday and authorities with the U.S. Marshals Service and Antioch Police launched a stakeout. Glennon said a raid was planned for Tuesday night and a warrant obtained after officials spotted Campbell in the house.

Glennon said Campbell fled into the home’s attic when authorities burst into the house. But he came crashing down through the flimsy roof shortly after and was taken into custody without further incident.

Glennon said authorities are looking into where Campbell spent his week on the lam and investigating if he received help beyond the alleged assistance of his sister.

Chavez and Campbell are facing possible life sentences if convicted of their pending charges. They are also expected to face new charges related to their escapes.