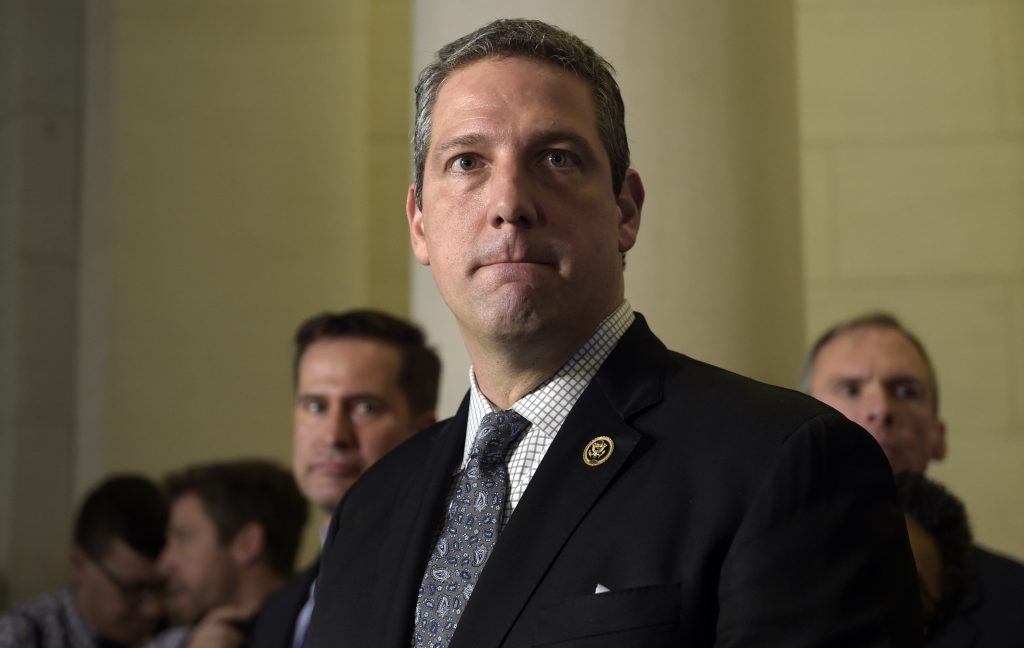 House Democrats reelected Nancy Pelosi as their leader on Wednesday despite disenchantment among some in the caucus over the party’s disappointing performance in elections earlier this month.

The California lawmaker, who has led the party since 2002, turned back a challenge from Ohio Rep. Tim Ryan. The secret ballot vote was 134-63.

“We need the very best to lead us,” Rep. Adam Schiff, D-Calif., told Democrats in nominating Pelosi. “No one is a better tactician than Nancy Pelosi.”

The 76-year-old California Democrat was forced to promise changes to the caucus to answer complaints from lawmakers fed up with being shut out of the upper ranks of leadership, especially in the wake of a devastating election that installed a GOP monopoly over Congress and the White House.

A half-dozen Democrats delivered testimonials to Pelosi in nominating speeches, but the disenchantment was evident.

“I think Tim Ryan would be a great leader. He’s a new generation and I think he would appeal to a lot of millennials and young people in this country,” Rep. Steve Lynch, D-Mass., said as he headed into the session. “He brings a certain excitement and also a bit of common sense from Youngstown, Ohio.”

Leadership elections were originally scheduled to be held before Thanksgiving but were delayed to give Democrats more time to discuss and process the election results and consider a path forward. Many are discouraged after losing the White House and making smaller than expected gains in both chambers of Congress.

“I believe we must do more than simply paper over the cracks,” said Rep. Ruben Gallego of Arizona, one of a handful of House Democrats to endorse Ryan. “We can’t just say the right things – we must take concrete steps to move our party in the right direction.”

Nonetheless Pelosi projected confidence heading into the vote. Known for her vote-counting skills, the Californian asserted she had support of two-thirds of Democrats locked up.

“Leader Pelosi is honored to receive the overwhelming support of her colleagues,” said spokesman Drew Hammill. “That so many members are so enthusiastic and eager to take active roles in the caucus is music to her ears.”

Other top leadership posts are uncontested, with Steny Hoyer of Maryland in the No. 2 job of whip, and Jim Clyburn of South Carolina in the No. 3 position of assistant leader. The position of conference chairman is term-limited, and Xavier Becerra of California was replaced by Joe Crowley of New York.

On the eve of the House leadership elections, 85-year-old Rep. Sander Levin, the top Democrat on the House Ways and Means Committee, said he will not seek reelection to the panel post, clearing the way for a younger lawmaker to move into the spot on the powerful committee. Becerra and Rep. Richard Neal of Massachusetts told House Democrats they are interested in the position.

Republicans are on track to hold at least 240 seats in the House next year. Democrats, who had high hopes of significant gains in the election, picked up just six seats on Election Day earlier this month and remain in the minority with 194 seats.