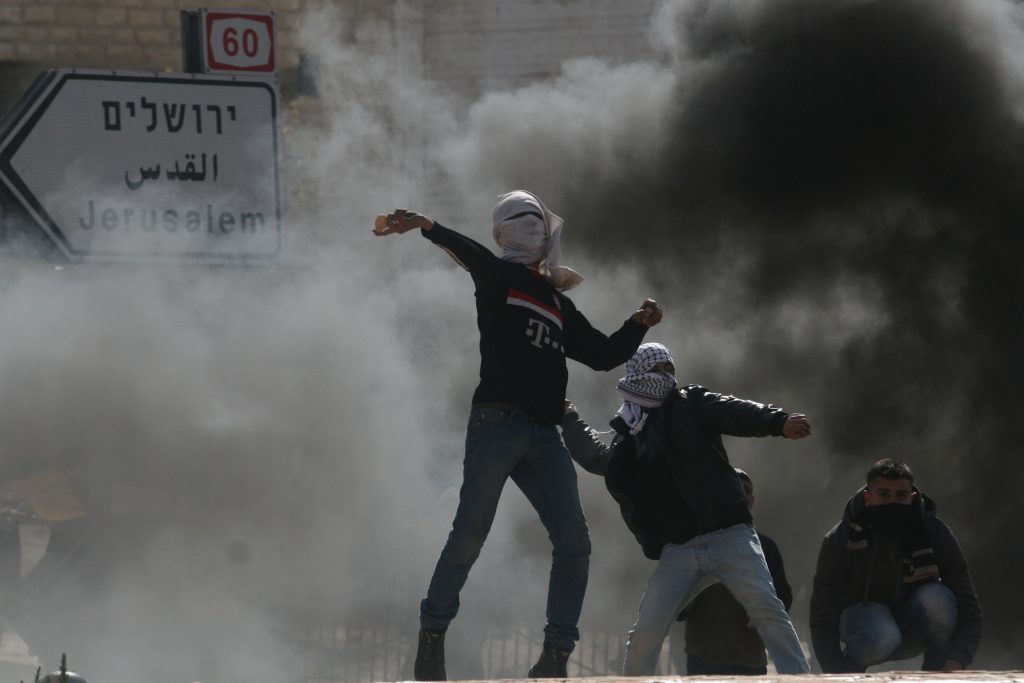 The case for treatment of stone-throwing as a potentially lethal act was well illustrated on Wednesday as stiff penalties were handed down for a stoning that nearly ended in death.

The Yerushalayim District Court sentenced two terrorists from the Old City to jail terms for throwing a stone at a soldier’s head on Yom Yerushalayim 2014, causing him serious injuries.

The assailants were convicted of intentional grievous bodily harm, attempted aggravated assault on police officers and participation in disturbances of the peace, Arutz Sheva reported.

One was given eight years in jail, the other a nine-year sentence. The two were ordered to pay 50,000 NIS compensation to the police officer and a 20,000 NIS fine.

The two Arabs met to throw stones from the roof of a house on El-a-Din Street in the Old City at Jewish passersby 15 feet below them. They assembled an arsenal of fifteen stones of different sizes including one that was a foot and half in diameter, along with building blocks and ceramic tiles.

A police officer who was stationed there to provide food for security forces was hit in the head by a tile weighing over 6 pounds. The Arab terrorists fled the scene as the officer fell over and lost consciousness.

He suffered a fractured skull, temporary loss of his sight and back and leg pains. After two weeks of hospitalization, he required a prolonged period of rehabilitation at the Bet Levinstein facility.