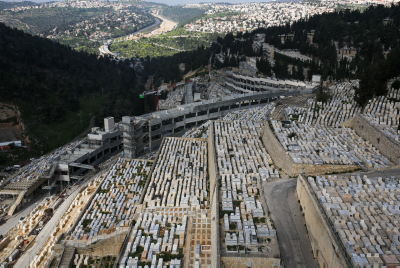 How much does a matzeivah (memorial stone) cost? It depends, a report on Channel 20 said. An investigative report quoted numerous merchants and makers of memorial stones with prices in the NIS 9,000 and NIS 10,000 range.

Those prices were quoted by suppliers of matzeivos attached to large cemeteries, where relatives, overwhelmed by the shock of the death of a loved one, were unlikely to conduct a market survey to find lower prices – even though they were available. The price of a stone could be as low as under NIS 3,000, depending on the manufacturer and the materials used, the report said – but sellers were more likely to push their most expensive options as the default ones, and because they want to “do right” by the deceased, many people were likely to take that option, the report said.

Israeli citizens generally receive a free burial plot, with expenses paid for by National Insurance (Bituach Leumi) and arrangements made by local chevrah kaddishas and religious councils. However, the NII does not provide assistance for purchasing matzeivos.

Einav Kerner of Channel 20 said that “the market here is completely unregulated, and there is no common thread between prices. Every merchant charges what they want, and what the market will bear.” An extensive search found that a granite stone with full engraving could cost as little as NIS 1,100 – but it was unlikely that anyone who needed a matzeivah within a month of their loved one’s passing – the traditional time for the unveiling of a matzeivah – would be inclined to shop around. Anyone interested in saving money should perhaps examine the market in advance, despite the reluctance most people have in dealing with such matters, the report added.