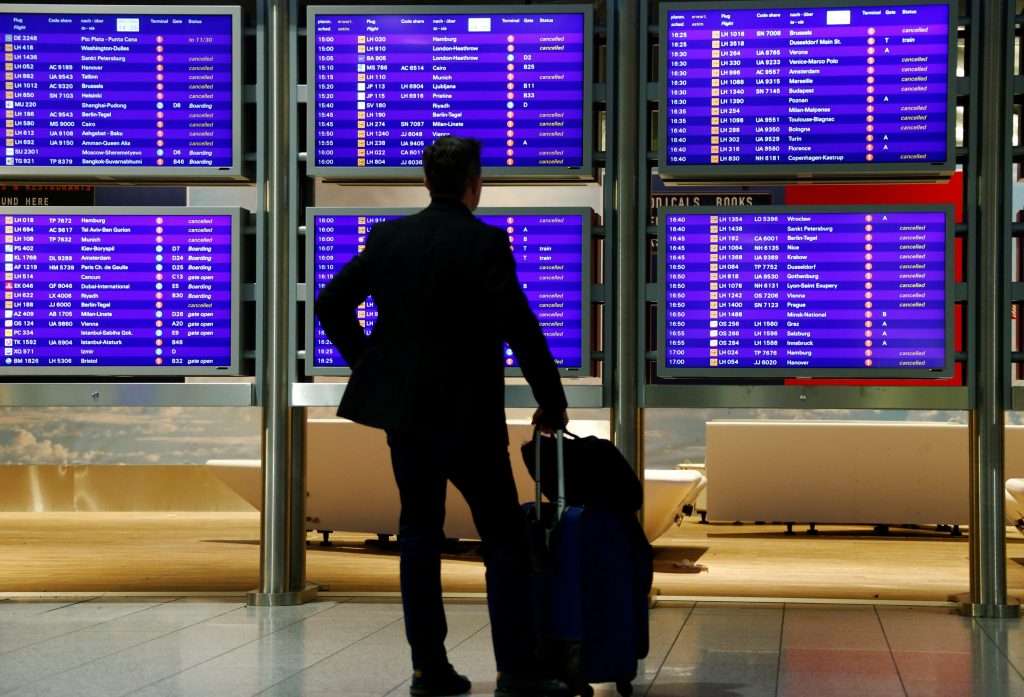 Strikes by German pilots, which entered their sixth day this year, are costing the German carrier about 10-15 million euros a day, a spokesman said on Wednesday.

A further 890 flights were canceled on Wednesday, with the walkout affecting short and long-haul flights from Germany. The union is due to hold a demonstration at Frankfurt airport later in the day.

The Lufthansa spokesman said the airline was considering comments by the Vereingiung Cockpit union that it would be willing to resume talks if a pay increase of around 5 percent was used as a basis for negotiations.

Lufthansa has so far offered to increase pilots’ pay by 4.4 percent in two installments and make a one-time payment worth 1.8 months’ pay.

Union Vereinigung Cockpit (VC) wants an average annual pay rise of 3.7 percent for 5,400 pilots over a five-year period backdated to 2012.

The strike is the 15th since early 2014 and risks impacting future bookings at the carrier, especially if the dispute drags on.

Walkouts in 2015 by both pilots and cabin crew affected 7,748 flights, costing Lufthansa 231 million euros in lost profit, with around 108 million of that coming from lost advance bookings.

Including last week’s four-day walkout, Lufthansa has canceled 4,500 flights so far this year due to strikes, and analysts have said the carrier’s 2016 profit target could be at risk.

Travel management company Carlson Wagonlit said, however, it had seen only a 0.1 percent drop in Lufthansa bookings compared with this time last year.

“I think airline strikes have a short-term effect on people, so it only influences their booking decision if they are traveling again imminently,” Paul Dobson, a Senior Program Manager at Carlson Wagonlit Travel, said in an e-mailed comment to Reuters.