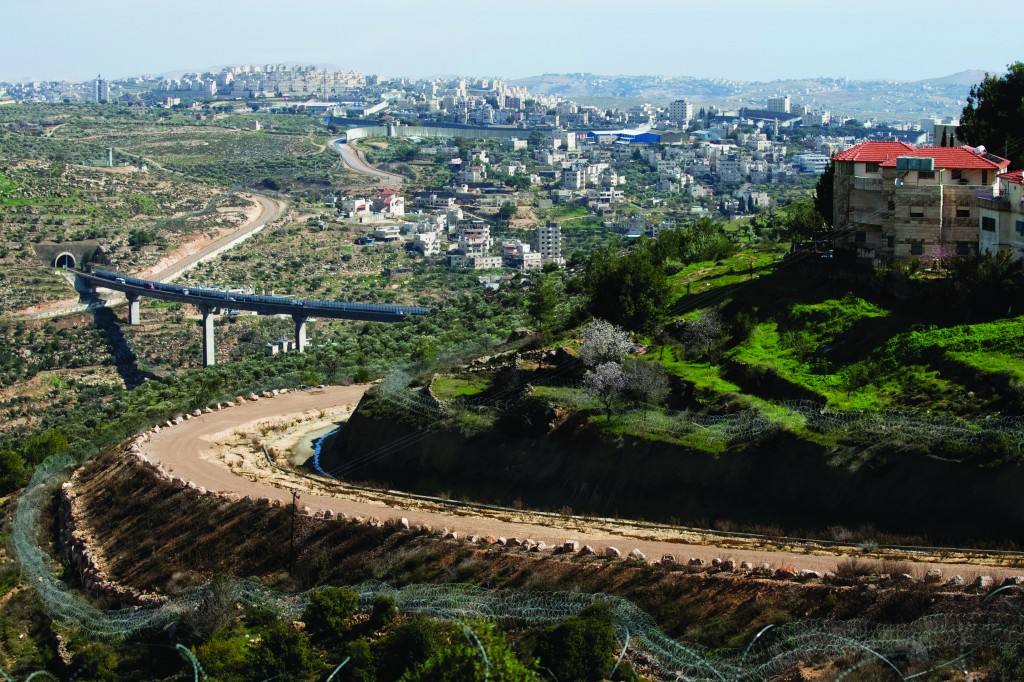 Six landowners in the Bethlehem-area village of Beit Jala have filed a petition to charge Israelis with “crimes against humanity” in Chile over the construction of the security fence on their land – and the specific Israelis named in the petition are none other than the justices of Israel’s High Court. A report in Haaretz said that the petition was supported by members of the Chilean parliament, members of parties of the entire political spectrum in the country.

Five of the Palestinians are Chilean citizens who claim ownership of the land on which part of the security fence separating Gilo and Yerushalayim from Beit Jalla was built, while one was a resident of the village. The petition revolves around a decision of the High Court from April 2015 that authorizes the state to build the fence on land claimed by the petitioners, which they claim prevents them from working their land. As it was the court that authorized this, the petitioners say they hold the judges who made the decision responsible.

Chile is a signature to the Rome Statute, implemented in 2012 by the International Criminal Court, which allows any country to try cases of crimes against humanity. The petition will be adjudicated in a Chilean court, which will reserve the right to add defendants and expand the inquiry into the matter, the plaintiffs told Haaretz. A decision on how to proceed on the matter will be made within two weeks.

Chile is home to a large Palestinian immigrant community, many of whom trace their roots in the country to the 19th century. Chile voted in favor of recognizing Palestine as a state in the U.N General Assembly, and the Palestinian Authority representative in the country has the status of an ambassador. All these helped contribute to the atmosphere in which the petition was approved for adjudication, the plaintiffs told Haaretz.

The Rome Statute has been used by Palestinians to embitter the lives of Israelis in other countries, such as the U.K., where top IDF officials often are under threat of arrest as perpetrators of “crimes against humanity.” If the Chilean court finds the High Court judges guilty, an arrest warrant could be issued for them. It is likely that the warrant will be enforced only if the judges visit Chile, but on the basis of the warrant Chile could try to get other countries to enforce it as well.