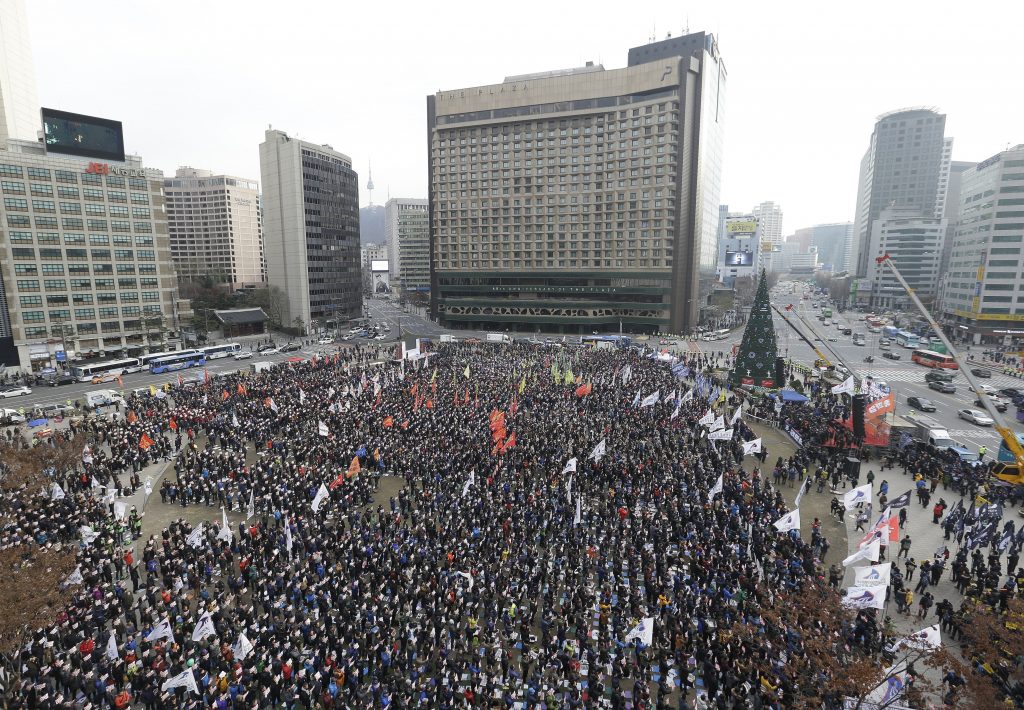 South Korean lawmakers could vote this Friday on a bill to impeach President Park Geun-hye. She has been accused by state prosecutors of colluding in the criminal activities of a longtime confidante who allegedly manipulated power from the shadows and extorted companies to build an illicit fortune.

To impeach means to accuse; if the bill goes through, Park would be suspended as president but not removed. Her duties would be temporarily transferred to the prime minister while the country’s Constitutional Court reviews whether her impeachment could be constitutionally justified.

The court would be required to make a ruling within 180 days. If six of the court’s nine justices support the impeachment, Park will be officially removed from office. The country then has to hold a presidential election within 60 days.