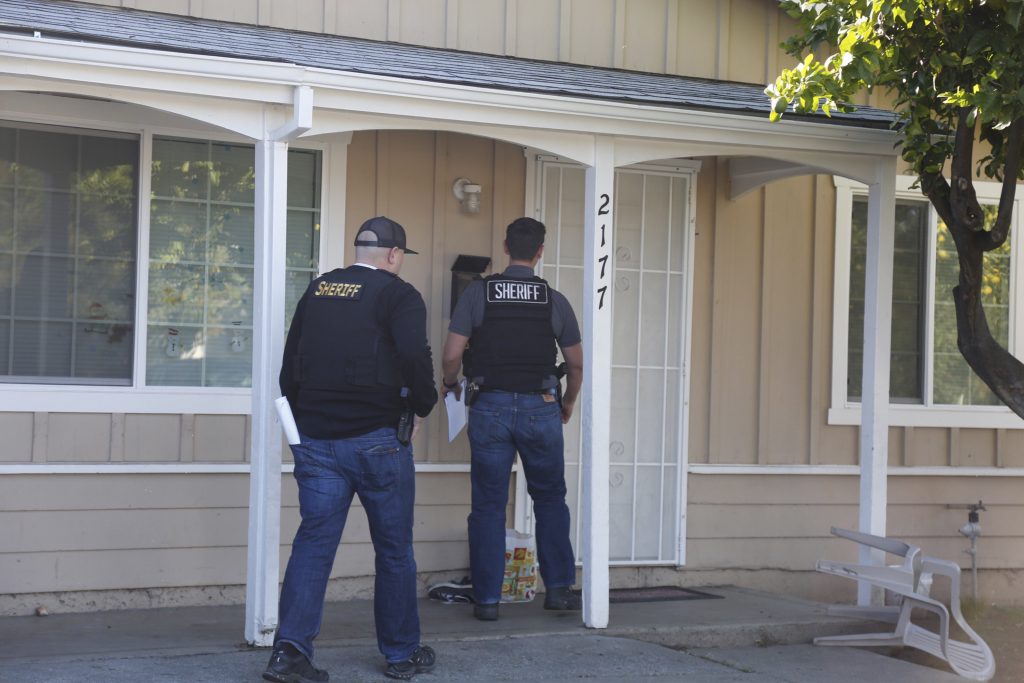 One of two inmates who sawed their way out of a California jail and vanished last week was recaptured late Tuesday, authorities said. The search continued for the other one.

The Santa Clara County Sheriff’s Office said Laron Campbell was taken back into custody and was being transported back to Santa Clara County. It wasn’t immediately clear where the arrest occurred, and no other details were released.

Deputies are still searching for Rogelio Chavez, it said.

Chavez and Campbell escaped with two other prisoners last Wednesday night from Santa Clara County’s main jail by cutting through the bars covering a second-story window and then rappelling to the ground on a bedsheet rope. The others were quickly apprehended.

Earlier Tuesday, heavily armed deputies surrounded a mobile home in San Jose in which they believed Chavez was hiding — but came up empty-handed.

“He was not discovered at that location but we continue to search and our investigators remain in the area, processing information and interviewing witnesses,” Glennon said.

A woman who helped Chavez after he escaped was arrested Monday on suspicion of being an accessory to a crime, Glennon said.

Emily Vaca, 35, of San Jose, helped Chavez evade authorities by driving him around the county. She was arrested Monday after authorities raided a motel in Gilroy, where Chavez was believed to be hiding, Glennon said.

Chavez and Campbell are facing possible life sentences if convicted of burglary, extortion, false imprisonment and other charges on which they were being held. Chavez had been held at the jail since August and Campbell since February 2015.