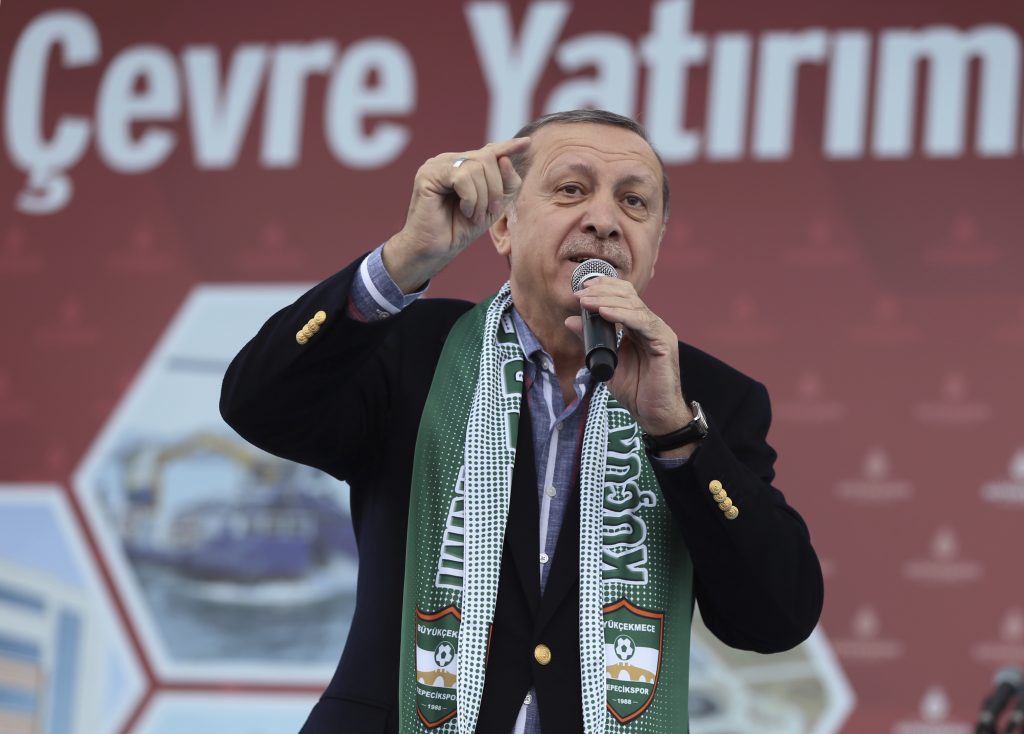 Turkish President Recep Tayyip Erdogan has urged Muslims to defend the Palestinian cause, striking a tough stance on Israel despite improved ties between the two nations.

The president of majority Muslim Turkey said Tuesday “it is the common duty of all Muslims to embrace the Palestinian cause and protect Jerusalem” and that safeguarding the Al-Aqsa Mosque should not be left to children armed with nothing but stones.

Speaking at a parliamentary symposium on Jerusalem in Istanbul, the Turkish leader also criticized an Israeli proposal to make mosques reduce the volume of loudspeakers issuing the call to prayer.

His comments come as Israel and Turkey prepare to exchange ambassadors as part of a reconciliation deal.