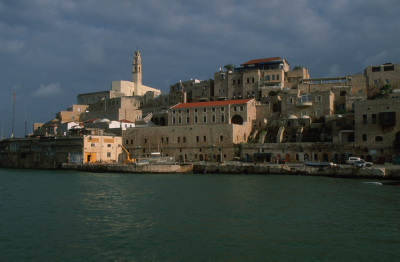 At a meeting Tuesday with President Reuven Rivlin, a top Muslim religious leader said that he had instructed mosques throughout the country to lower the volume of their loudspeakers. In that case, said Abd al-Samara Al-Hakim, there is now no need to approve the Muezzin Law, which has already passed its first Knesset reading.

The remark came during a meeting between Rivlin and Israeli religious leaders. Also present were Harav Aryeh Stern, Chief Ashkenazic Rabbi of Yerushalayim, and Harav Yosef Asher, Chief Rabbi of Akko. The meeting was convened by Rivlin to examine ways to reduce the tension over the Muslim calls to prayer that are the subject of the Muezzin Law.

“Hundreds of thousands of Israelis in the Galilee, Negev, Yerushalayim, Tel Aviv-Jaffa and other places in Israel suffer on a regular basis as a result of the muezzin’s call to prayers,” wrote Jewish Home MK Motti Yogev in the introduction to the bill that he proposed. “The excess noise is generated by sound systems which harm the sleep and rest of Israelis numerous times a day, especially in the early mornings and at night.” His proposal, wrote Yogev, “emphasizes the idea that freedom of religion does not have to harm quality of life, and recommends that the use of sound systems to call people to prayer or to send out other messages be banned.”

The law has elicited savage condemnation by Arab MKs, who called the law racist. It will “turn the political dispute into a religious one and this could set off the entire region,” said MK Ahmed Tibi. The measure was opposed by chareidi MKs of United Torah Judaism and Shas, with Interior Minister Rabbi Aryeh Deri saying that laws on the books were sufficient to limit the noise from mosques, especially the early-morning calls that were the real issue for most people. The current laws were not being enforced, and if they were, said Rabbi Deri, there would be no need for a new one.

According to Al-Hakim, head of the Muslim religious court system in Israel, “we can reach an agreement on anything by talking. We can arrive at solutions to the loudspeaker issue without resorting to legislation. We all agree that there are issues, and we will work to reduce the volume of the loudspeakers in areas where those issues exist.”

Sheikh Muhammad Kiwan, who represents 400 imams (mosque officials), said that “we have already asked that the volume be turned down in mixed Arab and Jewish towns. We have one fate and one future. We will continue working to improve the situation, including bringing in engineers who will guide us. We will also ask worshipers to be considerate and ask that they ensure that the volume is lowered where there are problems. Our guiding principle must be mutual respect – we must protect each other, as we are connected to each other. We have no other choice.”

Rav Stern said that he saw “the need for a joint call for dialog by the religious and cultural leadership, both Jewish and Muslim, which will hopefully obviate the need for the Muezzin Law. The call to lower the volume should be concurrent with one to halt the legislation.”