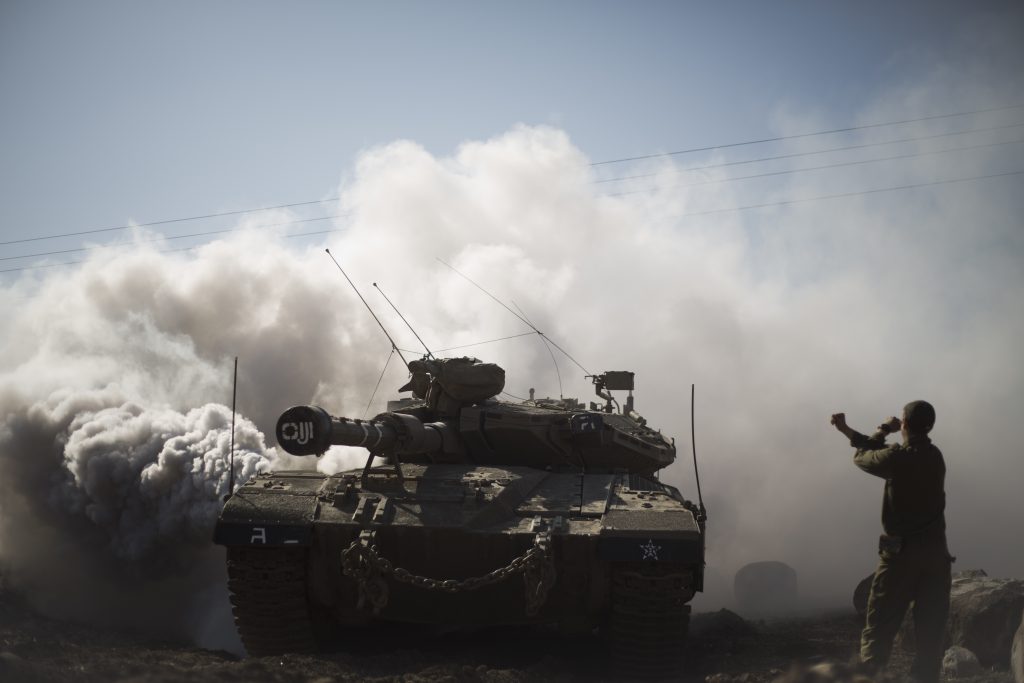 Red Alert alarms sounded on the Golan Heights Tuesday morning, but security officials said that they had not detected any incoming missiles or rockets directed at Israeli territory. The Red Alert system generally sounds an alarm when such incoming rocket attacks are detected.

Tensions were high on the Golan Tuesday after Israeli Air Force planes dropped bombs on an abandoned U.N. base on the Syrian side of the Golan border Monday that had been taken over by IS forces. Several IS terrorists were killed, sources in Syria said. The attack came after shots were fired at Israeli troops from the Syrian side of the border fence. Several mortar shells were also fired.

Planes continued attacking IS bases on the Syrian side of the Golan border, dropping several large explosives on targets identified as sources of gunfire and mortar shells fired at Israeli forces Monday. The shots were fired at an IDF patrol that was working along the fence. No injuries were reported among IDF soldiers, and soldiers began a search for the shooters.