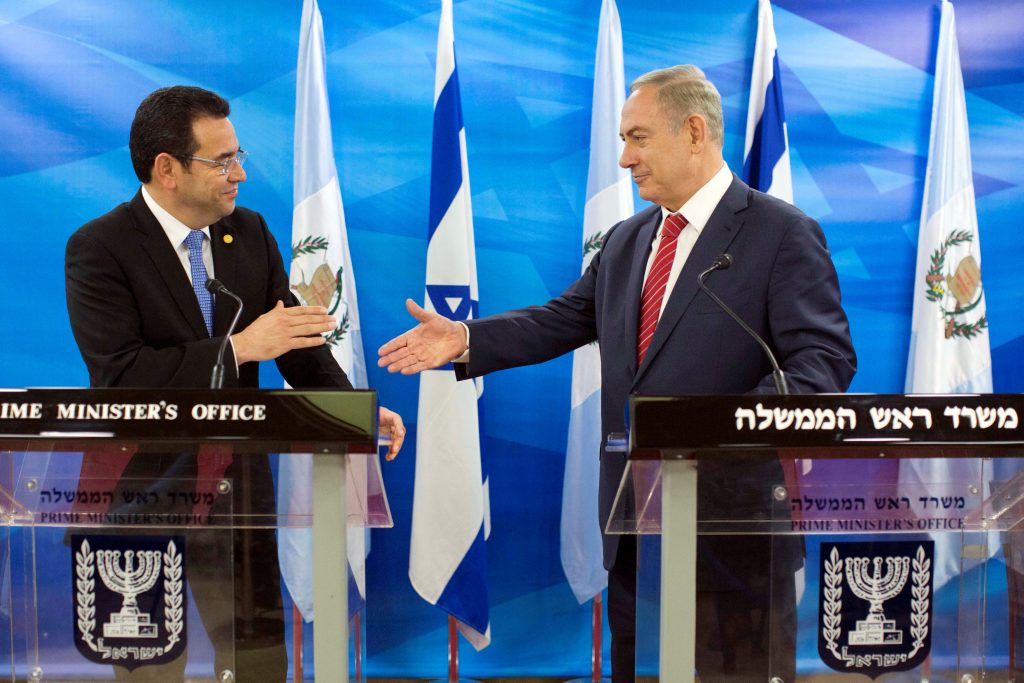 The Knesset held a ceremony on Tuesday to honor Guatemala for its role in the United Nations vote on the partition of the British-ruled Palestine Mandate into a Jewish state and an Arab state, which led to the invasion of the Arab armies and the War for Independence.

Knesset Speaker Yuli-Yoel Edelstein said, “The relations between Israel and Guatemala are deep and historic. We still remember and value the actions of Guatemala`s ambassador to the U.N. at the time, Dr. Jorge García-Granados, who recruited the Latin American countries to vote in favor of the Partition Plan. Had Guatemala voted differently on that fateful day, the resolution would not have passed, and history as we know it would have been much different.”

Visiting Guatemalan President Jimmy Morales attended the ceremony on Tuesday. He noted that his country was among the first to recognize Israel when it declared its independence several months later, in May 1948.