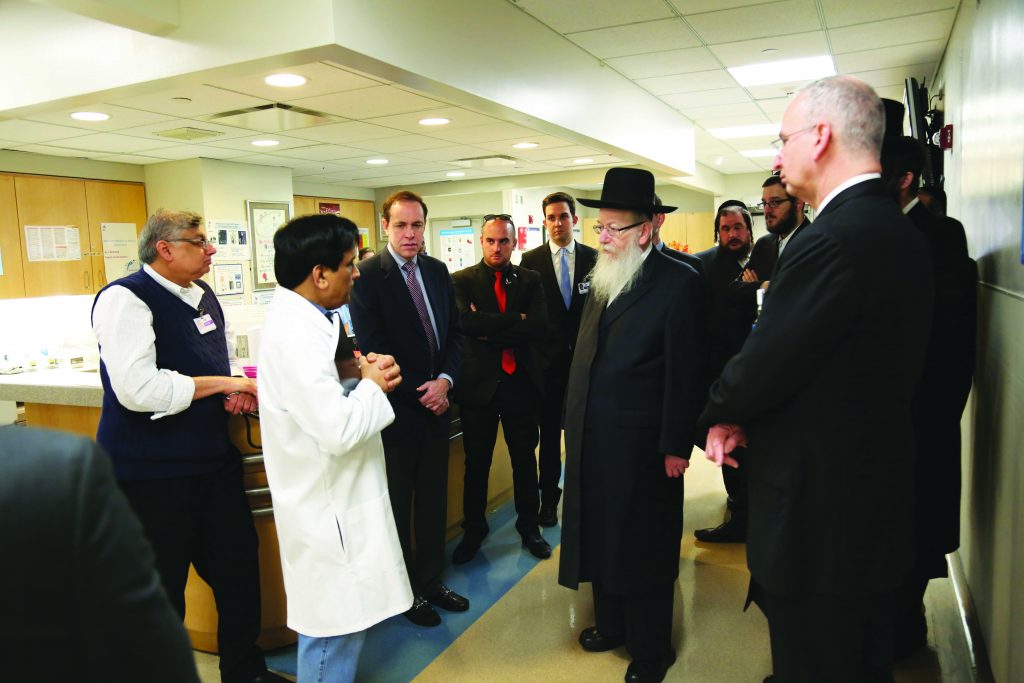 The 220-ton cyclotron is used for proton therapy, which zaps cancerous tumors while avoiding healthy tissue. It comes at a cost of $60 million.

The interview will be published in next week’s weekly edition of Hamodia.

On Sunday morning, Rabbi Litzman visited Mount Sinai Hospital in Manhattan, where he was joined by New York state Health Commissioner Howard Zucker. They were given a tour of the hospital’s Ebola facility which was built in about two weeks’ time, during the 2014 Ebola outbreak.

He also visited other medical institutions in the New York City area and in Montreal.