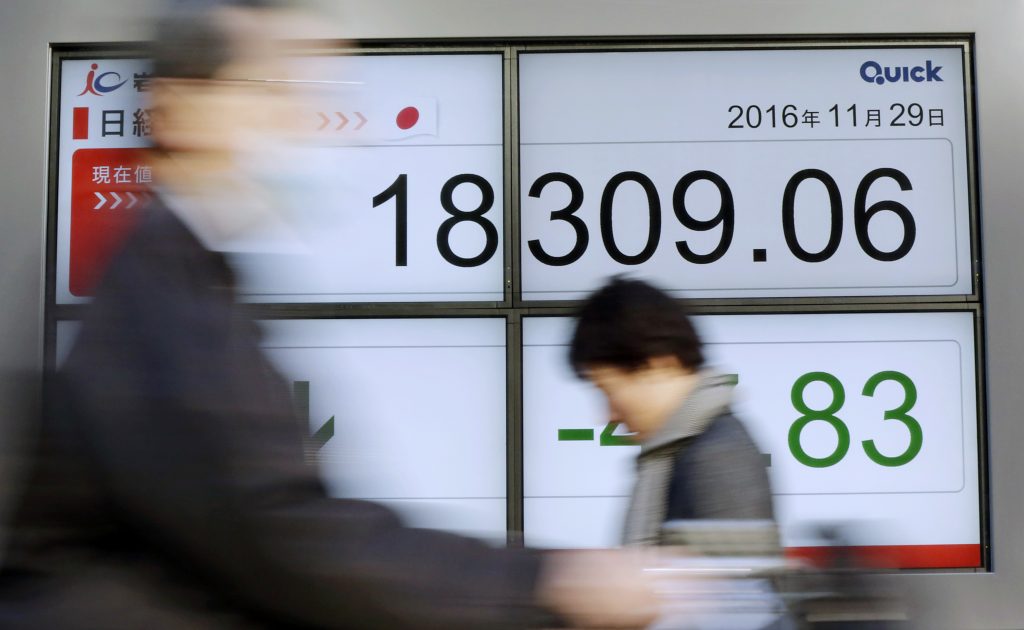 Global stock markets were mixed Tuesday as uneasy investors looked ahead to an OPEC meeting and Italy’s constitutional referendum.

The Organization of the Petroleum Exporting Countries (OPEC) meets Wednesday to discuss output cuts to boost prices. Member governments have issued mixed signals about whether they will agree. Iraq’s oil minister expressed support for an agreement, but prices fell after his Iranian counterpart warned “politics may make an OPEC decision harder.”

Italians vote on constitutional changes Dec. 4 that would limit the power of the upper house and make it easier for governments to pass legislation. Prime Minister Matteo Renzi has said he will resign in case of a “no” result. New elections, if they are held, could bring to power the Five Star Movement, which has said it wants to hold a referendum on Euro membership.

Investors are focused on the OPEC meeting, said Mizuho Bank. “Oil prices are likely to remain choppy, fluctuating in tandem with news flow,” it said in a report. Worries over Italy’s referendum loom. “Apart from political instability, a negative referendum outcome could hurt Italian banks and renew financial stress in the European Union,” DBS Bank said in a report.

U.S. stocks declined as November’s rally following the surprise election of Donald Trump as president fizzled. Investors were waiting for third-quarter economic data Tuesday that would set the tone for equities and currency.