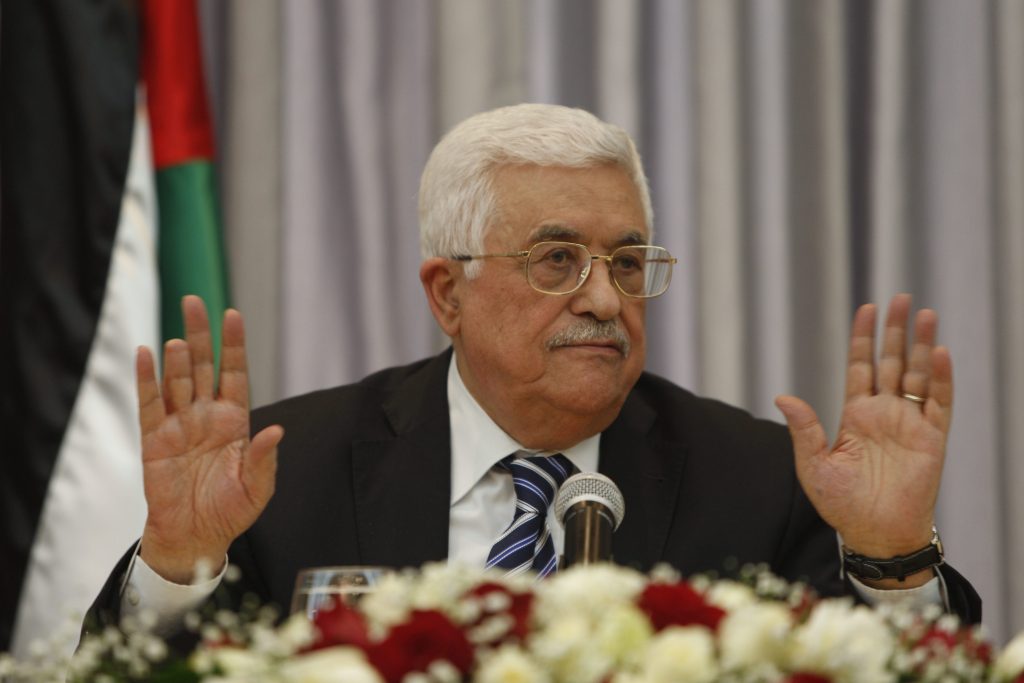 A leadership conference of the Palestinian Fatah movement has unanimously re-elected Mahmoud Abbas to a new five-year term.

Party official Salim Zanoun asked the gathering Monday to elect Abbas “by consensus.” The hundreds of delegates stood up and applauded Abbas, who then embraced Zanoun.

The five-day conference is expected to cement Abbas’s control of Fatah and lock out his chief rival, the exiled Mohamed Dahlan.