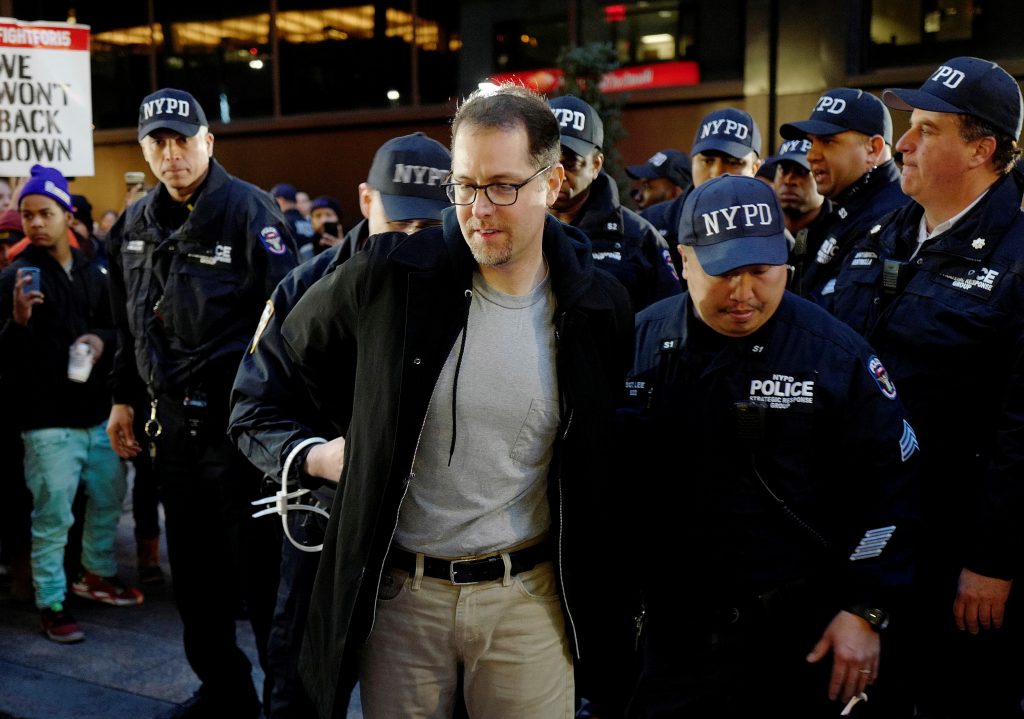 Dozens of people were arrested Tuesday as they participated in protests nationwide for a $15 per hour minimum wage.

In Chicago, hundreds of protesters at O’Hare International Airport were outside terminals chanting, “What do we want? $15! When do we want it? Now!” Police gated an area to allow travelers room to walk. As many as 500 workers at the airport planned to strike.

More protests were expected nationwide later in the day. Thousands plan to walk off the job at McDonald’s restaurants. The efforts are part of the National Day of Action to Fight for $15.

About 25 of the 350 protesters in New York City were arrested. One protester, Flavia Cabral, 55, struggles to make ends meet with two part-time jobs.

Detroit police say they arrested about 40 protesters who blocked traffic. And nearly three dozen protesters have been arrested in Cambridge, Massachusetts. In the San Francisco Bay Area, ride-hailing drivers, fast-food employees, airport workers and others shut down an Oakland intersection.