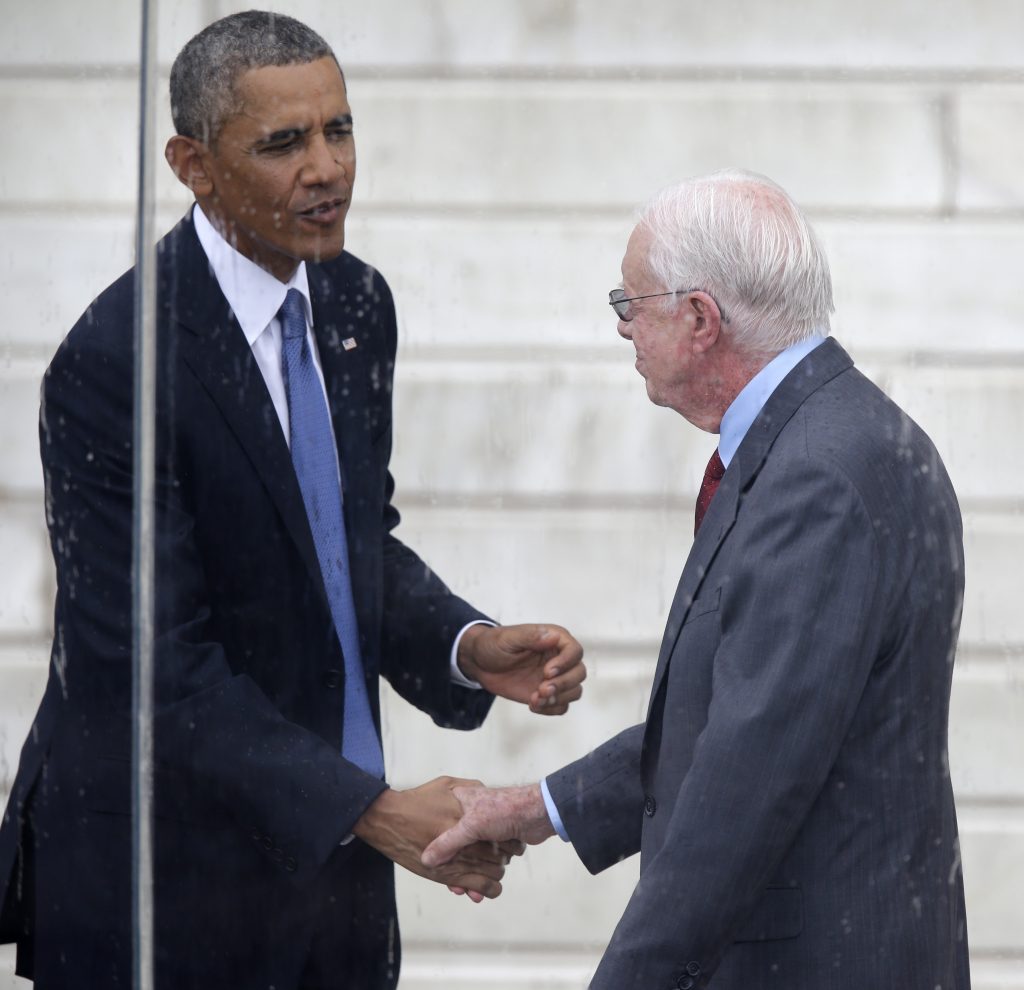 While Israel waits anxiously to see what position the United States will take on a Palestinian-authored Security Council resolution condemning Israel, former President Jimmy Carter has urged President Barack Obama to recognize a state of Palestine before leaving office.

Carter, writing in a New York Times op-ed piece, said that Obama should back the Palestinian move to get the U.N. to declare the framework for a two-state solution based on the 1967 ceasefire lines.

Otherwise, the 1978 Camp David peace accords, which he helped arrange between Egypt and Israel, could be for naught.

“This is the best — now, perhaps, the only — means of countering the one-state reality that Israel is imposing on itself and the Palestinian people,” Carter argued. “Recognition of Palestine and a new Security Council resolution are not radical new measures, but a natural outgrowth of America’s support for a two-state solution.”

Obama administration officials have been circumspect as to whether the U.S. will take any significant new action on the Mideast before the president leaves office.