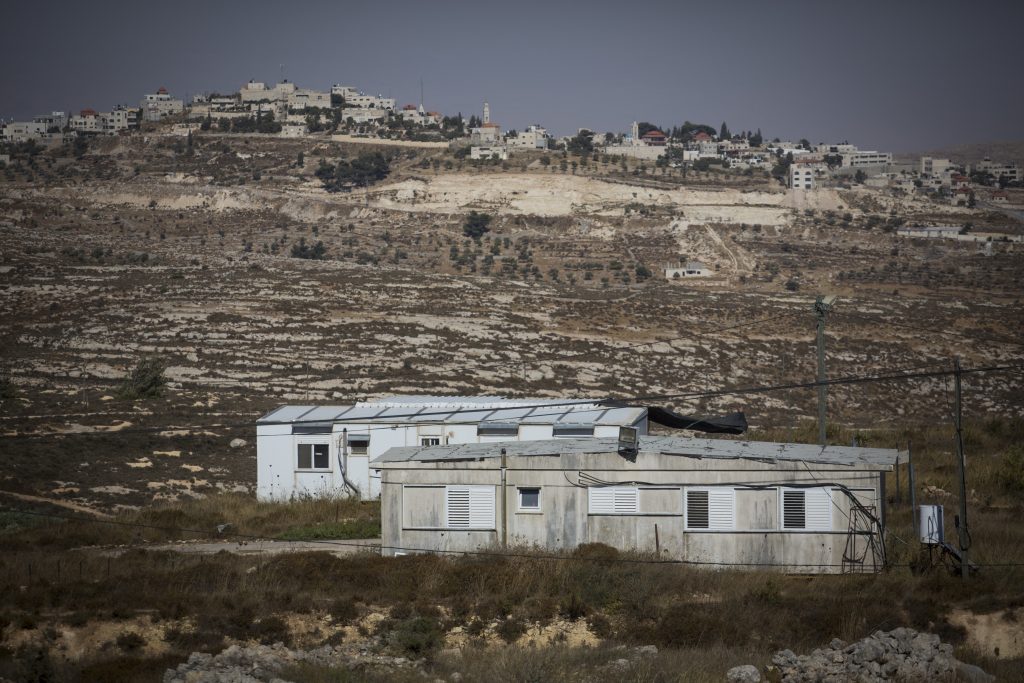 Amona residents said Tuesday that the compromise offered by State Attorney Avichai Mandelblit to prevent a forced evacuation of homes in the community is “unacceptable.” In a statement, the Residents Committee said that “we will not agree to ‘solutions’ that require us to pick up and move every few months, moving to new sites only to be thrown out again. There are only two solutions – passage of a law to legalize our situation, or forcibly throwing us out of our homes.”

That latter option is certainly one the government of Prime Minister Binyamin Netanyahu, dependent on right-wing parties, would want to avoid at almost any cost. With the High Court rejecting all petitions by the government for a delay in the demolition of the homes in Amona built on land claimed by Palestinians and the deadline for demolition – the end of December – closing in, Mandelblit on Monday said that the government would back, and that the court would accept, an evacuation plan that allowed residents to remain in Amona temporarily.

The solution would rest on implementing the rarely used Absentee Property Law, in which the government takes over administration of parcels of land whose owners are not interested in or capable of taking legal action to prevent use of their assets. On the Amona hilltop there are several parcels of land whose supposed owners live in Jordan, and who have never expressed interest in asserting their rights. Mandelblit proposed that caravans be set up on these parcels for the evacuated Amona residents, and they would able to stay there until alternative permanent housing is built for them in the Shiloh area.

Mandelblit said that this was a much preferred alternative to the Settlements Arrangement Law, which is designed to prevent the demolition of homes in outposts and settlements that were built in good faith, but later were discovered to be built on private land. But in his statement Monday, Mandelblit said that the Settlement Arrangements Law would require an immediate demolition and clearing of all buildings in Amona.

Jewish Home MK Shuli Moallem-Refaeli slammed Mandelblit’s proposal, calling it “deportation in stages.” Speaking to Israel Radio, she said that moving residents to the caravans would not solve anything, as it was likely that the supposed owners of the land to be administered by the government will assert their rights when those caravans are built, so there was no guarantee they would be able to stay for even the promised eight months, let alone beyond that.