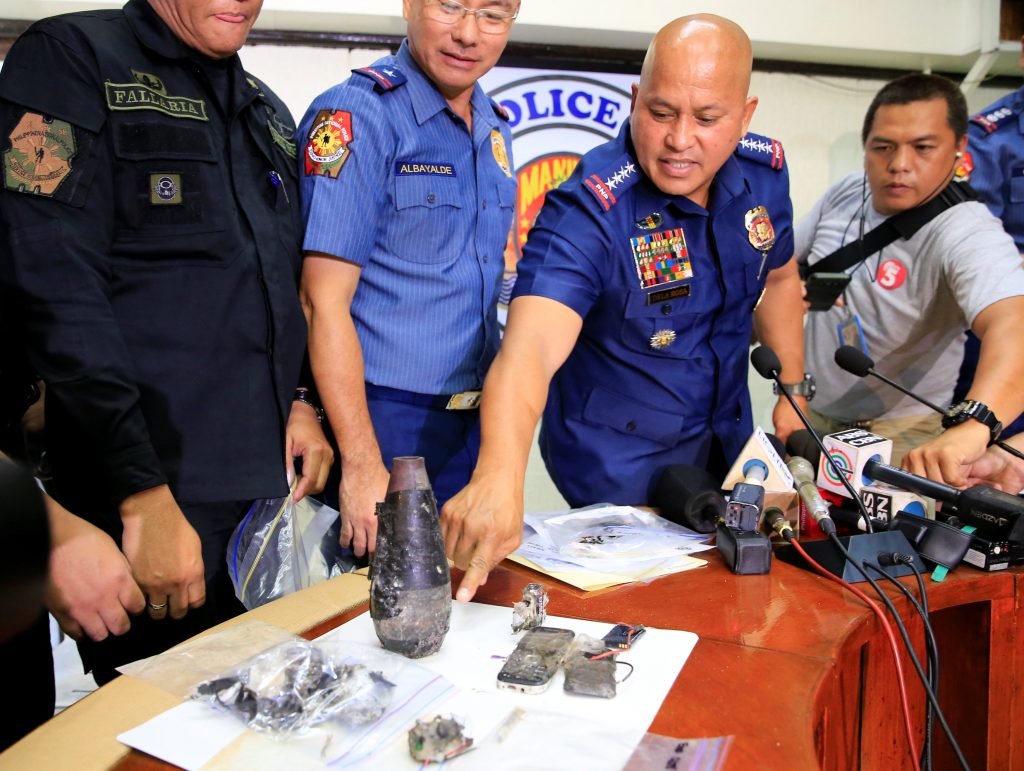 Philippine police detonated a suspicious package they thought could have been a home-made bomb found in a trash bin near the U.S. embassy in Manila on Monday, the police chief in the capital said.

There was no damage from the controlled detonation, Senior Superintendent Joel Coronel said, although the incident created a traffic jam in the area. Business at the embassy continued as normal, with dozens of Filipinos queuing outside for visa applications. There was no immediate comment about the incident from embassy officials.

Coronel said police received a call before 7 a.m. local time from a street sweeper who found an old mobile phone with black and red electrical wires connected to a package. It was thought the package could have been a bomb.

“There is no danger, there is no cause for alarm,” Coronel told reporters. He said there were no explosives, such as gunpowder, in the package.

“The blast you heard was caused by … a controlled detonation. We are trying to identify who left the package at the trash bin,” he said.

However, a police intelligence official, who asked not to be identified because he was not authorized to speak to the media, said the mobile phone was connected to an 81 mm mortar shell.

“We are still making further investigations to check if the ordnance is live,” the intelligence official told Reuters.

He said Islamist militants in central Mindanao, a restive southern province, were known to use such shells to make bombs, similar to one that exploded in Davao City in September.