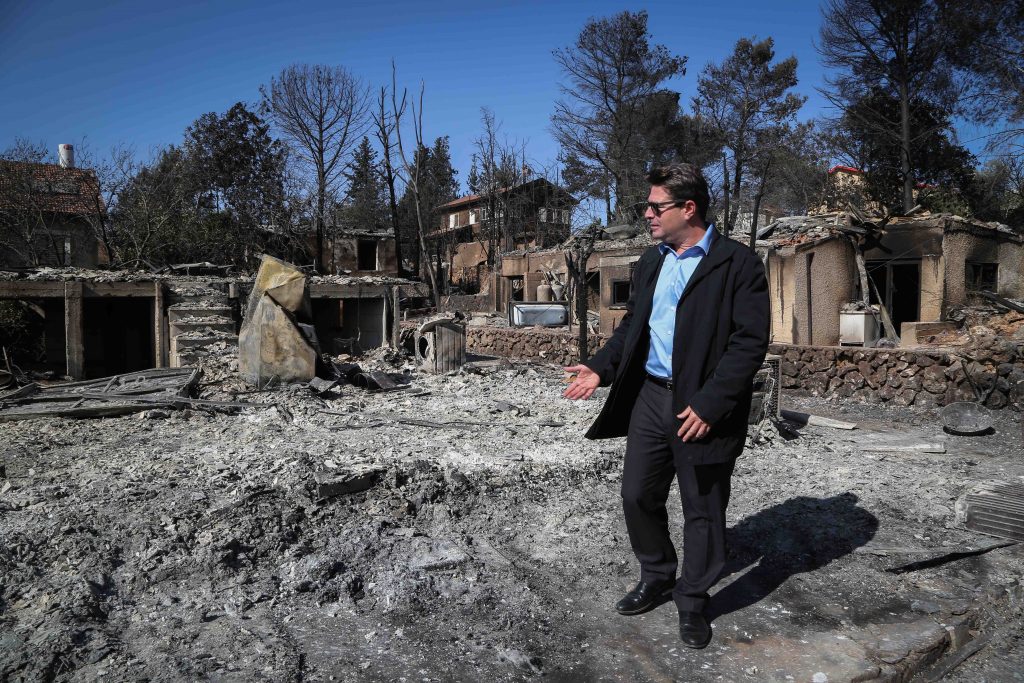 Science and Technology Minister Ofir Akunis has put his staff to work on an idea to use the Supertanker, the largest firefighting aircraft in the world, to prevent fires by dousing forested areas with water to counteract the dry conditions before the winter rains begin.

Akunis told Israel Radio on Monday that “the supertanker could be used before the fires break out. All of that water should be dumped at the start of every November to get the ground wet as a preventive measure against these types of fires.”

But a veteran American firefighter poured cold water on the notion.

“I cannot image that any amount of presoaking would make any kind of discernible difference in stopping a wall of flames like that,” the firefighter, who asked to remain anonymous, told The Times of Israel.

“In terms of prevention, clearing away excess brush from wooded areas and setting up wind corridors in high-risk areas to control the direction of a fire are typical measures that are taken. But I’ve never heard of using water like that. It would probably evaporate instantly, especially in a dry climate like Israel.

“Even pre-dousing a forest with fire retardants unnecessarily can be dangerous,” he added. “Because spraying heavy chemicals in the air is indiscriminate, it can damage crops and would be a health hazard for civilian populations nearby.”