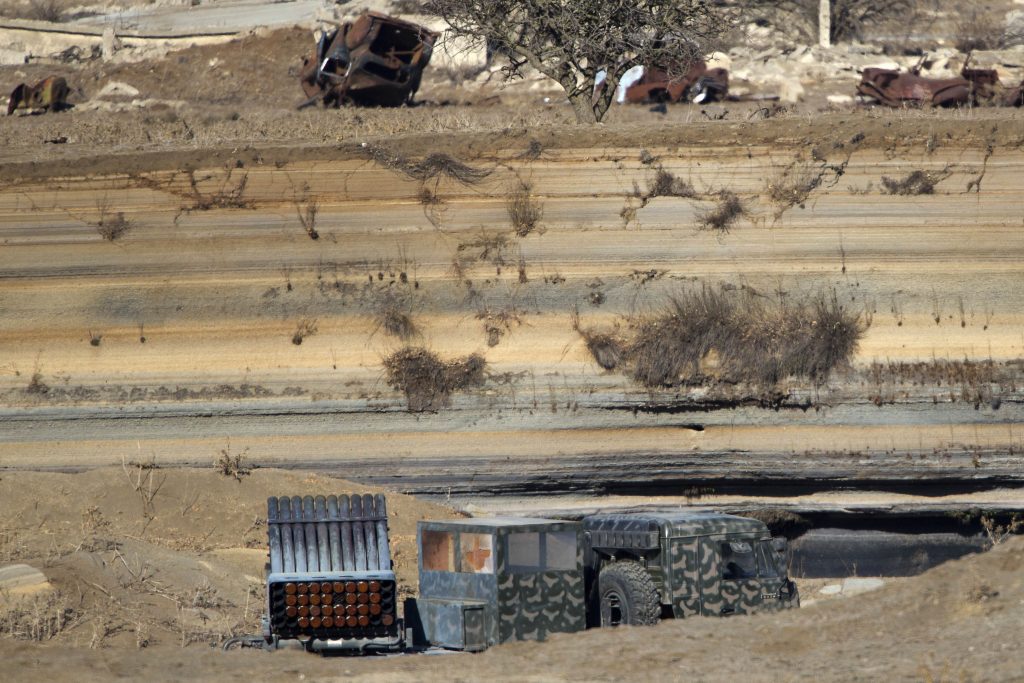 Israeli Air Force planes continued attacking IS bases on the Syrian side of the Golan border, dropping several large explosives Monday on targets identified as sources of gunfire and mortar shells at Israeli forces. Several IS terrorists were killed, sources in Syria said.

The bases targeted were formerly used by U.N. peacekeeping forces, who abandoned the bases as fighting intensified in the area between Syrian rebels and army troops loyal to the government.

On Sunday, IDF troops opened fire on Syrian positions on the other side of the Golan border fence, after shots were fired at Israeli sources from the Syrian side of the fence. Several mortar shells fell in conjunction with the shootings, officials said. The shots were fired at an IDF patrol that was working along the fence. No injuries were reported among IDF soldiers, and soldiers began a search for the shooters.