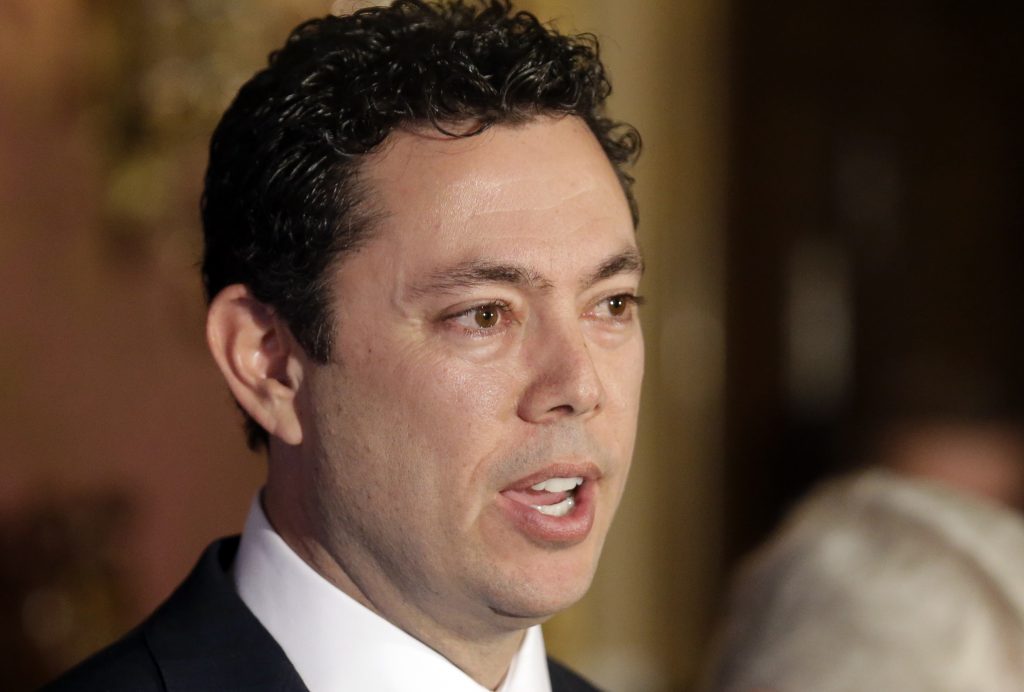 Democrats on Monday made their strongest call to date for a congressional investigation into President-elect Donald Trump’s business entanglements and possible conflicts of interest, asking the GOP’s top House investigator to launch a formal probe.

Seventeen Democratic members of the House Oversight and Government Reform Committee called on the panel’s chairman, Rep. Jason Chaffetz (R-Utah), to “begin reviewing [Trump’s] financial arrangements in order to identify and protect against conflicts of interest.” The demand, in a seven-page letter, comes two weeks after the committee’s ranking Democrat, Rep. Elijah E. Cummings (D-Md.), made a similar request to Chaffetz.

That request, according to the Democrats, did not receive a reply. A spokeswoman for Chaffetz did not return a request for comment Monday.

“You have the authority to launch a Committee investigation, and we are calling on you to use that power now,” Cummings and 16 other Democrats wrote. “You acted with unprecedented urgency to hold ’emergency’ hearings and issue multiple unilateral subpoenas to investigate [Democratic presidential nominee Hillary Clinton] before the election. We ask that you show the same sense of urgency now.”

The Democrats said their phone lines have been “flooded” by supporters of an investigation into Trump’s business dealings, “jamming our phone lines with more calls than we have ever received in response to any other issue.”

Their letter asks Chaffetz to request copies of Trump’s income tax returns and to invite Trump aides to brief lawmakers on “their plans for protecting against conflicts of interest.” It cites multiple news reports raising questions about whether Trump would be able to keep his business dealings at arm’s length as long as his children continue running his companies under the Trump Organization umbrella.

The Washington Post, for example, reported that at least 111 Trump companies have done business in 18 countries and territories — creating a panoply of potential ethical pitfalls as Trump takes the nation’s foreign policy reins.

The concerns also land closer to home: Trump’s new Washington hotel on Pennsylvania Avenue NW is operated in a government-owned building under a lease with the General Services Administration. Neither Trump nor the GSA have indicated how they plan to eliminate or mitigate a possible conflict of interest, and there are already indications that the hotel is a prominent venue for those seeking to curry favor with the incoming president.

Before Trump’s win on Nov. 8, Chaffetz had pledged to continue vigorously investigating Clinton’s use of a private email server while she was secretary of state from 2009 to 2013. Afterward, he said the email investigation would continue. “I still have a duty and obligation to get to the truth about one of the largest breaches of security at the State Department,” he said on Nov. 9.

Chaffetz has not publicly addressed how he intends to handle questions about Trump’s business dealings. Generally speaking, except in the most egregious circumstances, congressional investigators tend to handle presidents of their own parties with kid gloves.

In an interview with the Daily Caller earlier this month, Chaffetz said it was his panel’s “job and responsibility … to oversee all expenditures by the executive branch, no matter who the president is.”

“Chaffetz, Cummings, their committee, Congress and the American people need to know if Trump will, or even might be tempted to, manage domestic, foreign, military and trade policy in ways that put his own interests ahead of those of the nation or its people,” the paper wrote.