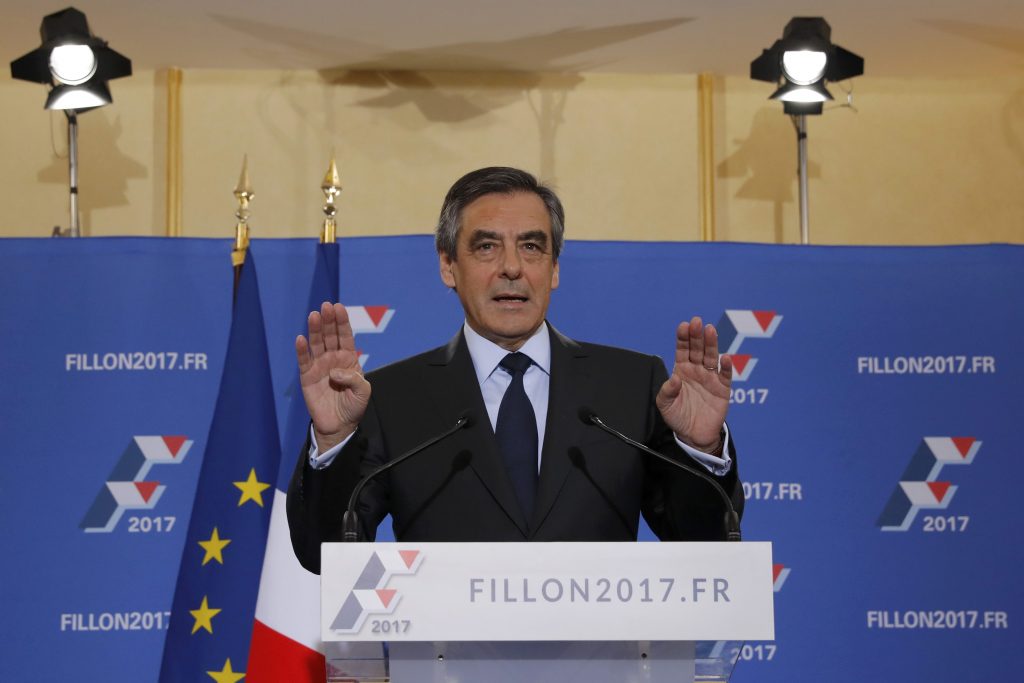 France’s ruling Socialist party found itself in the spotlight on Monday after the decisive choice of a presidential candidate of the center-right piled pressure on President Francois Hollande’s left to find a champion of its own.

Sunday’s selection of François Fillon by a comfortable majority to stand for Les Republicains in next April’s presidential election hands a glimmer of opportunity to Hollande, his Socialists, and the broader French left.

Yet after five torrid years in power, marked by rampant unemployment and a series of Islamist militant attacks, the Socialists and the broader left are deeply divided. As a result, opinion polls suggest it will be Fillon and Le Pen who fight it out for the presidency in a second round, with Fillon looking set to win.

Hollande has two weeks to decide whether to run in January’s Socialist primary race. At the weekend, the most formidable of his likely opponents, Prime Minister Manuel Valls, was sharply critical of his boss and declined to rule out running against him.

But the left’s headaches do not end there. Valls’s former economy minister Emmanuel Macron has launched his own campaign targeting centrist voters, while firebrand left-winger and former Socialist party member Jean-Luc Melenchon has also set off independently on the campaign trail.

A Harris opinion poll on Sunday had each of these rebels winning more than 13 percent of votes in next April’s first round of the presidential election – more than either Hollande or Valls would get should the election be held now.