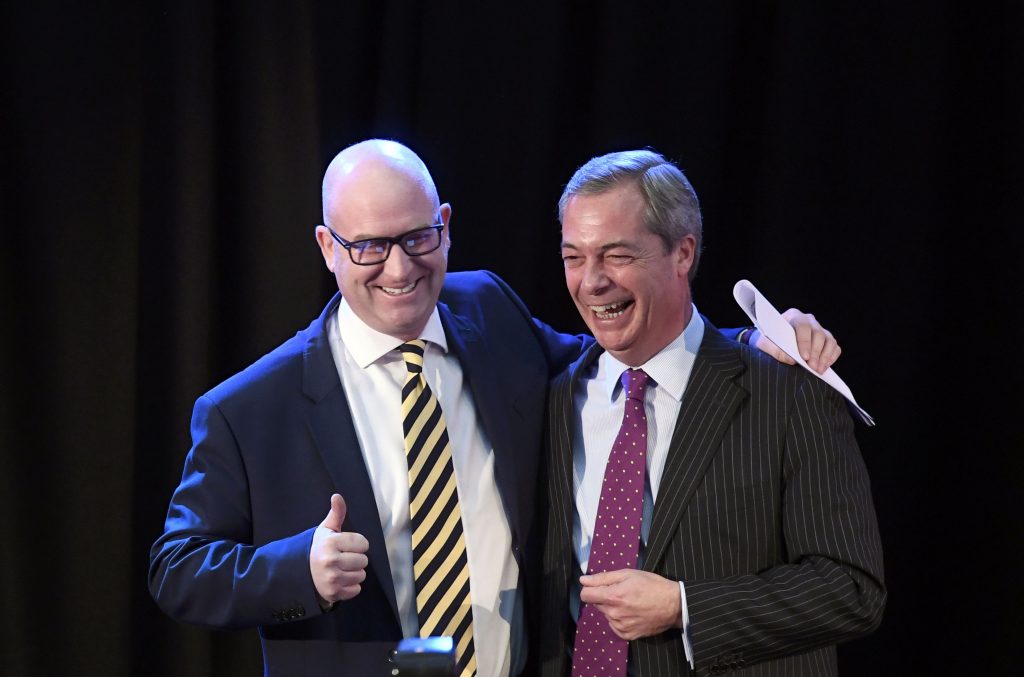 Britain’s anti-European Union UK Independence Party elected its former chairman Paul Nuttall as its new leader on Monday, as it seeks to overcome months of internal turmoil and capitalize on its successful Brexit campaign.

Nuttall, an elected member of the European parliament since 2009, will take over from UKIP’s talismanic former leader Nigel Farage, who stood down in June after achieving his decades-long ambition of seeing Britain vote to leave the EU.

While Farage has gone on to become a high-profile ally of President-elect Donald Trump since the June referendum, UKIP has struggled to build on the anti-establishment sentiment it harnessed during the EU referendum campaign.

Diane James, who was initially elected to replace Farage in September, stood down after just 18 days, and the frontrunner to succeed her, Steven Woolfe, quit the part after an altercation with a colleague left him in hospital.

“I will build a team of all talents from all wings of the party,” Nuttall said, adding that his call for unity had received the biggest mandate in the history of the party.