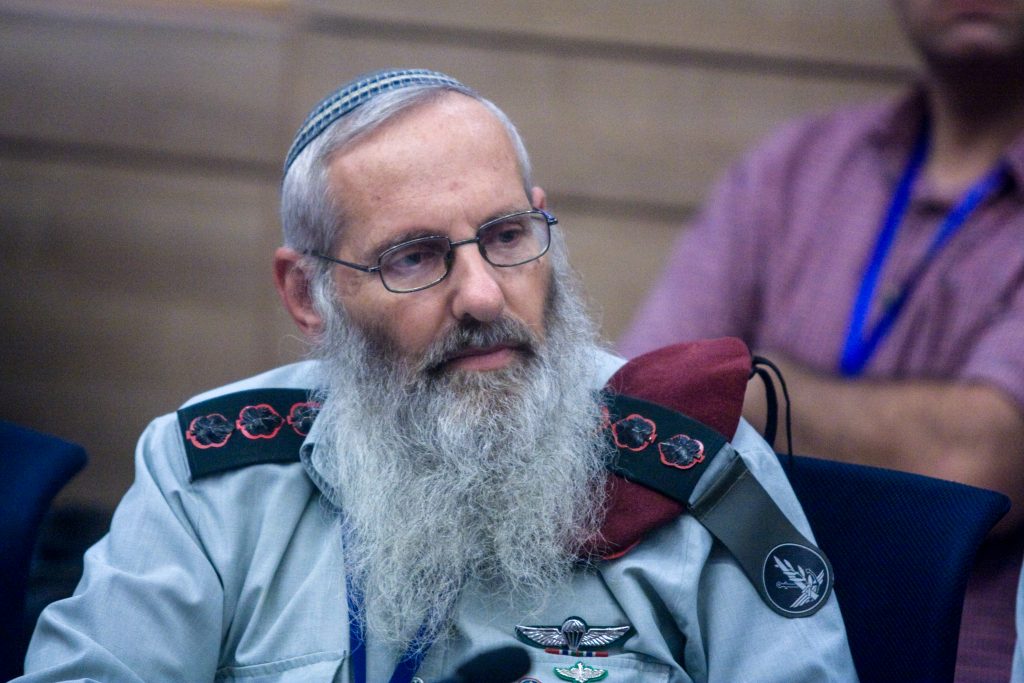 The state has responded to a petition by Meretz and Reform groups against the installation of Rabbi Eyal Karim as IDF Chief Rabbi by stating that comments attributed to the Rabbi should not be taken at face value, and that his actions and history of service in the IDF were more than sufficient to justify naming him to the position.

“The decision on these matters is given over to authorities who use a wide range of criteria to make their decisions,” the state said in its response. “There are but a few criteria that are seen as worthy of intervention. The IDF Chief of Staff’s actions on appointing Rabbi Karim, as well as the decision not to rescind the appointment, were reasonable, and this process does not require the intervention of judicial authorities.”

Commenting on the fact that both the Chief of Staff and Defense Minister approved the appointment, Justice Minister Ayelet Shaked said that “there is no need for the court to intervene in this matter. The Chief of Staff is empowered to appoint an IDF Rabbi. I would expect the court to tread very lightly when it comes to intervening with the decision of the legislative and active branches.”

The court issued the injunction against the appointment of Rabbi Karim in response to a last-minute petition by Meretz and Reform groups against the appointment. In the petition, the plaintiffs said that “controversial positions and statements” of Rabbi Karim’s must be clarified before he could be appointed IDF Chief Rabbi. The statements referred to came in the context of shiurim Rabbi Karim gave in his capacity as head of the activities department of the IDF Rabbinate, and consisted, Meretz charged, of “disparaging remarks” made about certain groups.

An installation ceremony to officially welcome Rabbi Karim to his new position set for last Wednesday was canceled by the IDF, after the High Court on Monday issued an injunction against his being named IDF Chief Rabbi.

Dozens of MKs, public officials and Rabbanim have come to the defense of Rabbi Karim, including no less a personage than Harav Yitzchak Yosef, Chief Sephardic Rabbi of Israel. The case against Rabbi Karim, he said, was “dangerous, and it is my obligation as Chief Rabbi to defend him and the Torah. This petition seeks to do nothing less than censor the Torah, with the kind of censorship that was placed on Jews during the darkest periods of our history.”

The petition “is nothing less than an attack on Rabbis, and even worse, on the Torah itself,” said Harav Yosef. “The court cannot allow itself to be drafted to support this. I ask the court, on behalf of all the Rabbis of Israel, to avoid ruling that a Rabbi needs to apologize or revise things that are written in the Torah itself. I am certain that the High Court of the Jewish state will not allow this to happen,” he added.