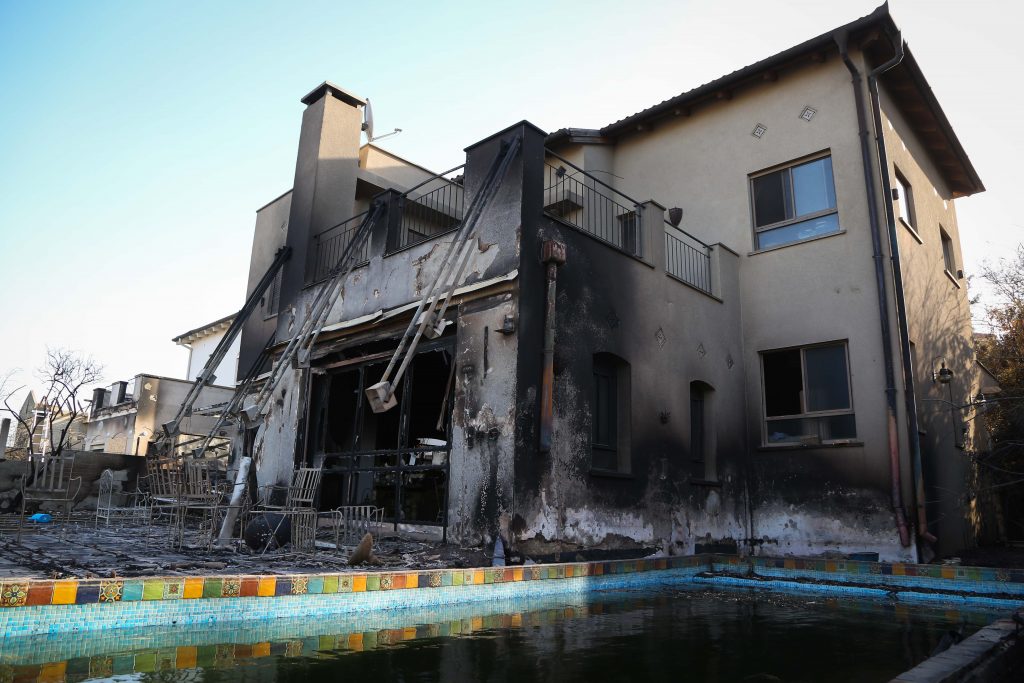 Several new fires broke out in Israel on Sunday – in Yerushalayim’s French Hill, Zichron Yaakov, Karmiel in the north, Halamish in the Shomron – though nothing on the scale of last week’s conflagration in Haifa.

A fire did considerable damage in a park in Karmiel on Sunday afternoon. Firefighters were at the scene.

Halamish was struck again, where 18 homes were destroyed by flames on Leil Shabbos.

A small brush fire broke out in French Hill, and another was extinguished next to the national police headquarters in the capital.

A fire burning in a field outside Moshav Rishpon, north of Tel Aviv, was reportedly being brought under control by firefighters as of this evening.

In Zichron Yaakov, where massive fires forced evacuations and destroyed a number of homes last week, a fire broke out in a shopping complex on Sunday afternoon.

Meanwhile, the investigation into the causes of the fires – widely believed to be an organized terror attack on the country – led to 37 arrests on suspicion of arson since last week, a police spokesperson said on Sunday.

Of the 37, twenty-four remained in custody as of Sunday night, while the others were released. Of those being held, 18 are Israeli Arabs, two of whom have confessed to lighting fires.

Police say that they are currently investigating 233 cases of arson in connection with last week’s fires. Forty-five files have been opened on possible arsonists, while another five have been opened against individuals suspected of incitement to arson. Of those now being investigated for incitement, two are Arabs and three are Jews.

The American Evergreen Supertanker has had little employment since arriving on Friday, after fires in Haifa were already under control.

Other than a deployment in the Yerushalayim Hills at Nataf, it missed the emergency. On Sunday afternoon, the Supertanker was circling over the sea near Zichron Yaakov and the Haifa Bay, where by then things were quiet.

Acting Fire Commissioner Shimon Ben-Ner was quoted by Ynet as saying that there was no need for the Supertanker; it is the Israel Police who actually decide whether or not to use it.

On Shabbos, police requisitioned it for the forests bordering Highway 1, even though the Fire & Rescue Authority said there was no operational need for it. Eventually, despite disagreements between the two emergency services, the Supertanker was used to help extinguish areas that were still on fire near Nataf.