Business AUTO REVIEW: Prius Prime So Quiet, So Efficient, It Might Just Put You to Sleep
Business 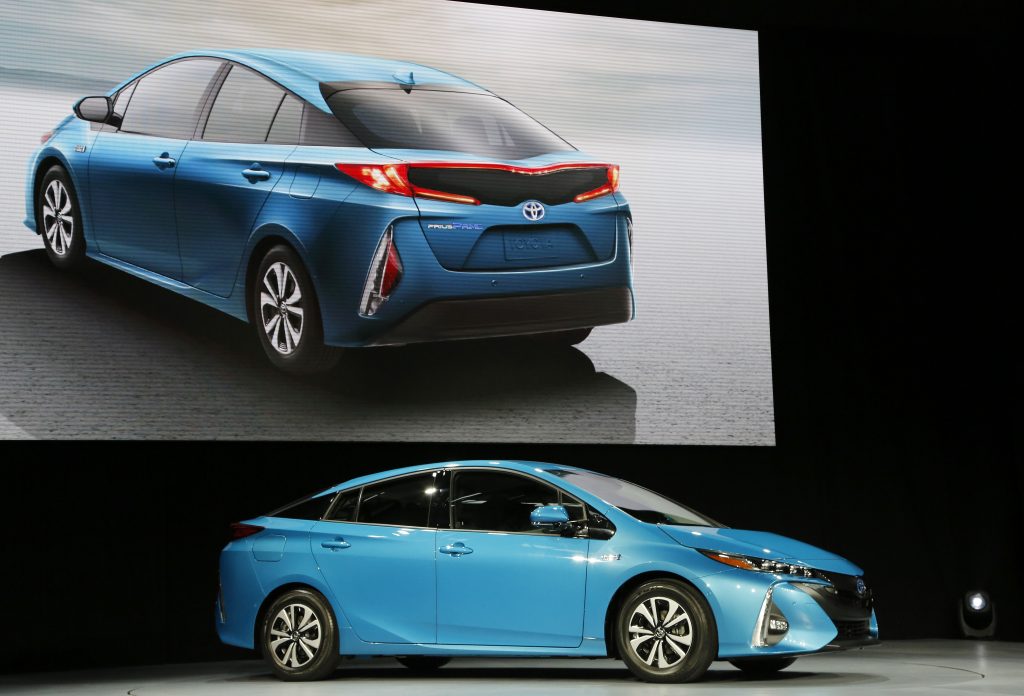 It wasn’t long ago that I checked into a posh suite overlooking the Pacific Ocean.

The living room was resplendent, and the bathroom was large enough to service a family of four. The bedroom had a king-size, four-poster bed with a thick mattress that promised a sound night of slumber.

And yet it was all for naught.

Beneath the room’s balcony, a street crew was working on a project that involved jackhammering, trucks backing up with their warning beepers blaring and lots of shouting. I was looking forward to a restful afternoon. What I got seemed more like trying to nod off in front of Grand Central Station.

I should have found a 2017 Toyota Prius Prime to nap in.

In this noisy, inhospitable world, the world’s largest automaker builds some of the world’s finest isolation chambers, cars that elicit neither respect nor excitement from automotive enthusiasts who revel in the throb of machinery but are treasured by the rest of us for the solace they provide.

That said, what outside being a sleep aide does the Prius Prime bring to the table?

The prime cut of all Priuses, it’s a plug-in gas-electric hybrid capable of traveling, according to the Environmental Protection Agency, up to 25 miles solely on electricity at speeds up to 84 mph.

After that, it acts like any other Prius, using a gas engine and electric motors that sip fuel at a rate of 55 mpg in the city and 53 mpg on the highway, the EPA says. That’s good enough to give the timid-footed motorist a range of 640 miles.

Speaking of, battery capacity has doubled from 4.4 kilowatt hours with the prior plug-in Prius to 8.8 kWh, while this car’s pure electric range has doubled as well. Even better, Toyota has added a battery warming system that activates when the temperature dips below freezing while charging. This ensures that when you start the Prime in bone-chilling cold, EV mode comes on rather than the gas engine.

Like other electrified vehicles, there’s software to schedule recharging when the rates are lowest. The same software will also activate the climate control prior to your commute, to keep you as comfy as the batteries.

Speaking of charging, a standard household outlet will recharge the Prime’s battery pack in less than five hours and 30 minutes. A 240-volt charger will do the job in about two, about the same required for the old model despite the new version having double the electric range.

Using that power is a 1.8-liter Atkinson-cycle, four-cylinder engine that’s also found in the 2017 Prius Liftback. Mated to a pair of motor generators, the system produces 121 horsepower. Transferring that power to pavement is a continuously variable automatic transmission and an independent MacPherson strut suspension with a stabilizer bar up front and a double-wishbone suspension with a stabilizer bar out back.

So what does all of this have to do with a nap at my hotel?

Like many of Toyota’s other mobile isolation bubbles, this one excels at serenely motoring along and, given its unremarkable driving performance, proved quiet enough to accomplish what my hotel suite did not: lull me to sleep. But that’s OK, since efficiency, not fun, is this car’s calling card.

And the trunk, measuring 19.8 cubic feet, looks so spacious it might be even better for snoozing than the main cabin.

There, the center-mounted instrument cluster is positioned high enough to render the optional heads-up display, which projects a speedometer readout onto the windshield in front of the driver, unnecessary.

The instrument panel’s simple design is deceptive, as its infotainment screen displays are overloaded with icons that seem to lack a clear visual hierarchy. What’s worse, the software is unintuitive.

Finally, as to its exterior design, well, it’s a good thing beauty is more than skin deep.

The 2017 Toyota Prius Prime is a noticeably better plug-in Prius than the one it replaced and, with a price that starts at $27,100, it’s $6,000 less than the Volt, although the Chevy has a 53-mile EV range and more mainstream styling.

Still, it possesses an ambience few other cars do and is efficient and reliable. For most buyers, that’s sufficient.

Then again, so is a Holiday Inn Express.