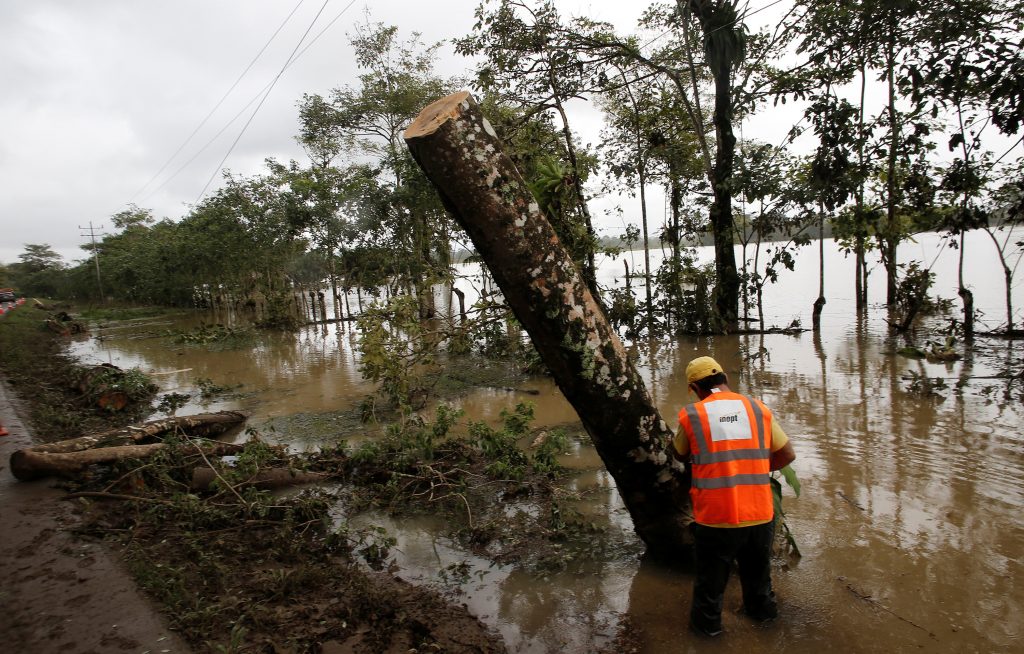 Tropical storm Otto killed at least nine people and forced thousands to evacuate when it battered Nicaragua and Costa Rica with hurricane-force winds and torrential rains, before moving out into the Pacific Ocean.

Otto smashed into southeastern Nicaragua on Thursday as a category 2 hurricane, but weakened rapidly and became a tropical storm by early Friday as it drifted deeper into the Pacific, the U.S. National Hurricane Center (NHC) said.

In Costa Rica, the national emergency commission (CNE) reported nine people were killed by the storm, which dumped over a month’s worth of rain in some areas near the Nicaraguan border. Some 255 communities were affected, with over 5,500 people housed in 50 shelters across the country, the CNE said.

“Otto leaves us in a very difficult situation, both for the country and for all of us,” said Carlos Alberto Volio, a 68-year-old businessman. “The recovery is going to be very hard.”

Nevertheless, in Nicaragua, there were no immediate reports of deaths. In the port of Bluefields, north of where the storm landed, there was very limited damage.

“It was a relief for us,” said William Salmeron, a 39-year-old businessman in the city. “I wasn’t scared, just the normal fear you need to have with hurricanes.”

The sun shone in Bluefields on Friday, and people went shopping in the market. Down by the shore, others took their boats out of storage and down to the water.

Otto, the seventh Atlantic hurricane of the season, landed north of the town of San Juan de Nicaragua, the Miami-based NHC said.

By Friday morning Otto was heading out to the Pacific with top sustained winds of 65 miles per hour (105 km per hour) and churning about 245 miles (394 km) south-southeast of San Salvador.

There were no reports of major damage from the quake, which along with Otto, prompted Nicaraguan President Daniel Ortega to declare a state of emergency.