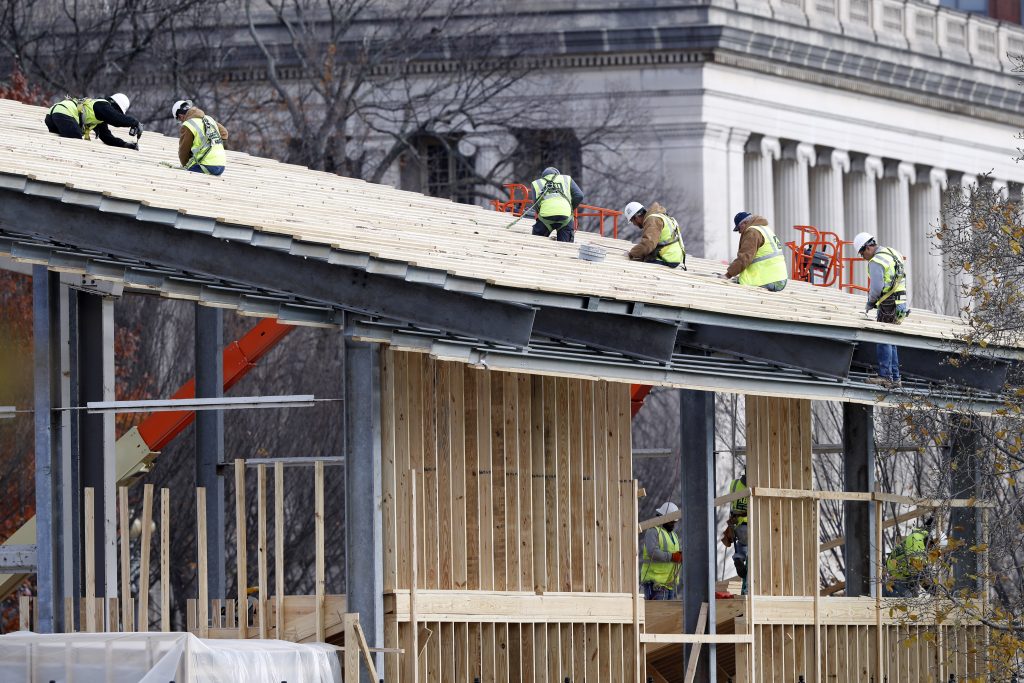 With his inauguration less than eight weeks away, President-elect Donald Trump was confronted by new developments Saturday in recount efforts in three states pivotal to his Nov. 8 victory, even as he worked to fill foreign policy and national defense jobs in his incoming administration.

Trump, whose defeat of Democrat Hillary Clinton surprised many, has scrambled to fill his Cabinet as the Jan. 20 inauguration approaches. Still, in many ways, he has barely scratched the surface of creating the massive team needed to run the government.

Experts say presidential transitions are periods of great vulnerability for the nation, and among the vacancies on the Trump team are leaders of the departments of State, Defense and Homeland Security.

Trump, who has virtually no experience in foreign affairs, offered a one-line post Saturday morning in reaction to the death of Cuban leader Fidel Castro — “Fidel Castro is dead!” — before issuing a more detailed statement.

“While Cuba remains a totalitarian island, it is my hope that today marks a move away from the horrors endured for too long, and toward a future in which the wonderful Cuban people finally live in the freedom they so richly deserve,” Trump said.

His transition team did not immediately respond to requests to clarify his Cuba policy, which was inconsistent during the campaign.

Clinton leads the national popular vote by close to 2 million votes, but Trump won 290 electoral votes to Clinton’s 232, with Michigan still too close to call.

Wisconsin officials are moving forward with the first presidential recount in state history following Stein’s formal request. Stein, who drew 1 percent of the vote nationally, is raising millions of dollars to pay for the effort.

“Because we had not uncovered any actionable evidence of hacking or outside attempts to alter the voting technology, we had not planned to exercise this option ourselves,” Clinton campaign attorney Marc Elias wrote Saturday. “But now that a recount has been initiated in Wisconsin, we intend to participate in order to ensure the process proceeds in a manner that is fair to all sides.”

Elias said Clinton would take the same approach in Pennsylvania and Michigan if Stein were to follow through with recount requests those states, even though that was highly unlikely to change the election outcome.

“Regardless of the potential to change the outcome in any of the states, we feel it is important, on principle, to ensure our campaign is legally represented in any court proceedings and represented on the ground in order to monitor the recount process itself,” Elias wrote.

McFarland has worked for three presidents, although none since Ronald Reagan. Fox News said Saturday that her contract has been terminated in light of the appointment.

Trump planned to return to his New York home on Sunday ahead of a series of Monday meetings with prospective administration hires, including Sheriff David Clarke of Milwaukee County, Wisconsin. He’s seen as a possible Homeland Security pick. Clarke’s vocal opposition to the “Black Lives Matter” movement has made him popular with many conservatives.

Internal divisions over his choice for secretary of state have delayed that critical decision. The options include former New York City Mayor Rudy Giuliani, who lacks foreign policy experience, but was intensely loyal to Trump, and 2012 Republican presidential nominee Mitt Romney, who aggressively opposed Trump’s candidacy but is largely regarded as more qualified. Tennessee Sen. Bob Corker is also a possibility.