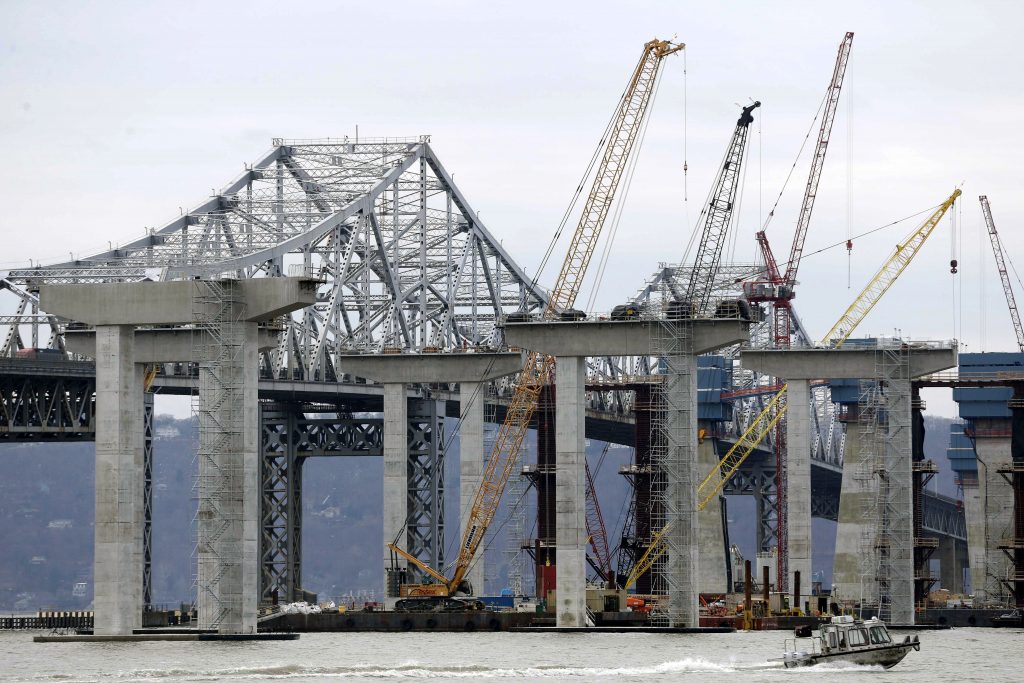 President-elect Donald Trump has made big promises when it comes to building new highways, tunnels, bridges and airports in America — and New York Gov. Andrew Cuomo is hoping he makes good on his word.

Cuomo has embarked on projects to rebuild Penn Station and LaGuardia and Kennedy airports, and to replace the aging Tappan Zee Bridge. There are also plans to invest billions of dollars in upstate highways maintenance, modernizing New York City’s subways and building a new rail tunnel under the Hudson River.

Federal support could be critical to getting the work done. And while they disagree on immigration, and many other issues, the Democrat Cuomo is hoping a fondness for building things can be the common ground between him and the Republican Trump. Cuomo said he spoke to Trump the day after the election and specifically mentioned the importance of infrastructure.

“He is a New Yorker,” Cuomo said. “Mr. Trump is very much a private sector builder. … So, he has a natural orientation toward the needs of this type of urban area. I think that’s a good thing.”

Trump has bemoaned the state of American infrastructure, saying some of it reminds him of the Third World. He has called for a massive push to rebuild roads, airports, the power grid and other infrastructure. One plan would cost as much as $1 trillion, to be funded primarily through private investment encouraged by big tax incentives.

“We will build the roads, highways, bridges, tunnels, airports and the railways of tomorrow,” Trump said in his speech at the Republican National Convention. “This, in turn, will create millions more jobs.”

Messages left with the Trump transition team regarding specific investments in New York State projects were not returned.

Trump and Cuomo have known each other for decades as the two Queens natives built professional lives in New York City. Trump had a cordial relationship with former Gov. Mario Cuomo, Andrew’s late father, that turned sour in the ’90s. Trump was briefly mentioned as a possible challenger to Cuomo in the 2014 gubernatorial election.

Any cooperation on infrastructure between Trump and Cuomo could be undermined, however, by their sharp disagreements on most other issues. Cuomo has taken a harder line since their postelection phone call, expressing concerns about what Trump’s election has meant for racial tolerance and immigration. His name was also added to the list of Democrats seen as possible contenders for the White House in 2020.

“That could impact the interaction between the president-elect and the governor,” said Larry Bridwell, international business professor at Pace University. But he added that supporting infrastructure in and around New York City would have one other added benefit for Trump: “It would obviously increase the real estate value of the Trump Organization.”

Several of the projects on New York State’s to-do list can’t be accomplished without significant federal investment. The Hudson Rail tunnel, which would ease congestion on busy commuter rail lines coming from New Jersey, is expected to cost $20 billion. New York and New Jersey have agreed to pay for half of the work, with the federal government on the hook for the remaining $10 billion.

Amtrak CEO Wick Moorman said Wednesday at a packed Penn Station that he is hopeful about Trump’s talk on infrastructure, especially because of the need for another Hudson River tunnel.

“We have two. They’re a hundred-plus years old. They have to be rehabilitated. We’re out of space in the station, we’re out of space in the tunnels, we have hundred-year-old bridges on both sides of Manhattan,” he said. “So there are huge projects like that and we’re very optimistic that if there’s money for infrastructure a lot of these basic needs are going to be addressed.”

Federal support is also vital to maintaining the state’s drinking water and sewer systems, which will need an estimated $80 billion in repairs, replacements and upgrades over the next two decades.