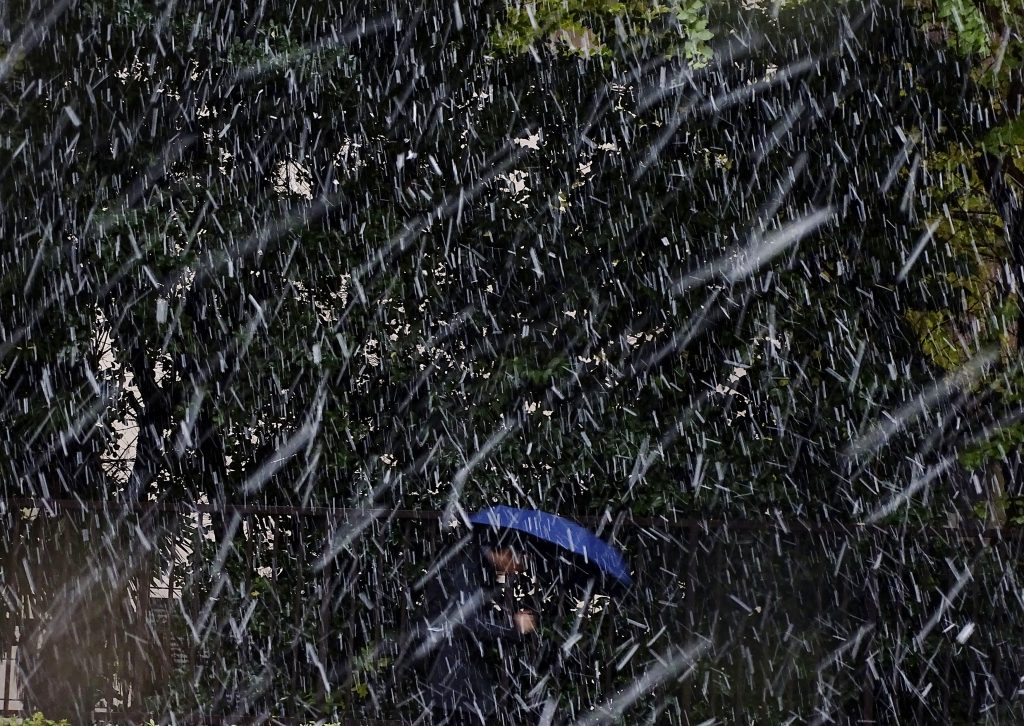 Tokyo residents woke up Thursday to the first November snowfall in more than 50 years. And the Japan Meteorological Agency said it was the first time fallen snow on the ground was observed in November since such records started to be kept in 1875.

An unusually cold air mass brought wet snow to Japan’s capital. Above-freezing temperatures kept the snow from sticking in most places, though it did accumulate on sidewalks and cars in Tokyo’s far western suburbs.

Meteorologists forecast up to 1 inch would fall, and more in the mountains northwest of Tokyo.

The snow caused minor train delays during the morning commute.

The last time it snowed in central Tokyo in November was in 1962.

Prior to Thursday, the earliest time that snow had accumulated on the ground in the winter season was on Dec. 6, 1987, according to the agency.

The agency monitors various esoteric weather indicators, Japanese-style, such as announcing when cherry blossoms have started to bloom by observing a certain tree. The benchmark “sakura” tree for Tokyo grows in Yasukuni Shrine, which has drawn controversy because it honors all Japanese soldiers who died in war, including war criminals.

The first snowfall is “hatsuyuki,” which literally translates to “first snow.” Snow on the ground is called “sekisetsu,” and is declared when more than half a designated area in Tokyo, called Kitanomaru, turns white, the agency said.

Japanese culture is especially sensitive to the changing seasons. Haiku, for instance, must include words that denote spring, summer, fall or winter.