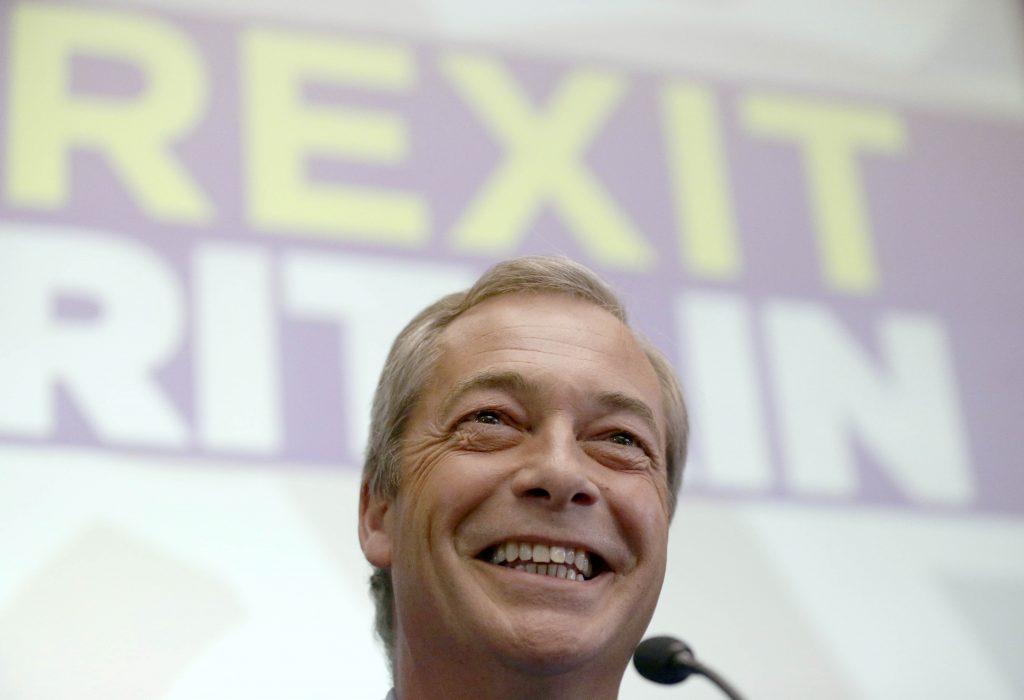 U.K. Independence Party acting leader Nigel Farage has predicted a political earthquake in Britain if the government of Prime Minister Theresa May fails to leave the European Union before the 2020 general election.

Farage, the pro-Brexit leader who is closely allied with U.S. President-elect Donald Trump, said late Wednesday there will be a “seismic shock” if Brexit is delayed.

He complained at a party at London’s Ritz hotel that Britain is lagging behind the United States in changing its political leadership despite the June 23 referendum vote in favor of taking Britain out of the 28-nation EU bloc.

America has had a total revolution, he said, while Britain has kept the same elite in power.

“In this country, the people have spoken, but the same players have just been shuffled around the chess board and we are still being run by the career professional political class,” Farage said at the gathering, called by supporters to pay tribute to his role in winning the Brexit referendum after years of campaigning against EU bureaucracy.

Despite the Brexit success, Farage’s UKIP party has not made much progress in Britain’s Parliament, winning only one seat in the general election last year — and he lost his own bid for a seat.

Farage’s unusual closeness to Trump prompted the incoming U.S. leader to suggest that Britain appoint him as the country’s ambassador to Washington — a proposal that raised Farage’s profile at home even as it was quickly rejected by May and senior figures in her government.

Treasury chief Philip Hammond Thursday reiterated on ITV that the government is not looking to replace its current ambassador to Washington.

“It isn’t for other countries to decide who we appoint as ambassadors and if I ever need any advice from Nigel Farage, I’ve got his number, and I’ll give him a call,” Hammond said. “Tell him not to hold his breath.”

Farage had earlier criticized May for refusing to capitalize on his good relations with Trump.