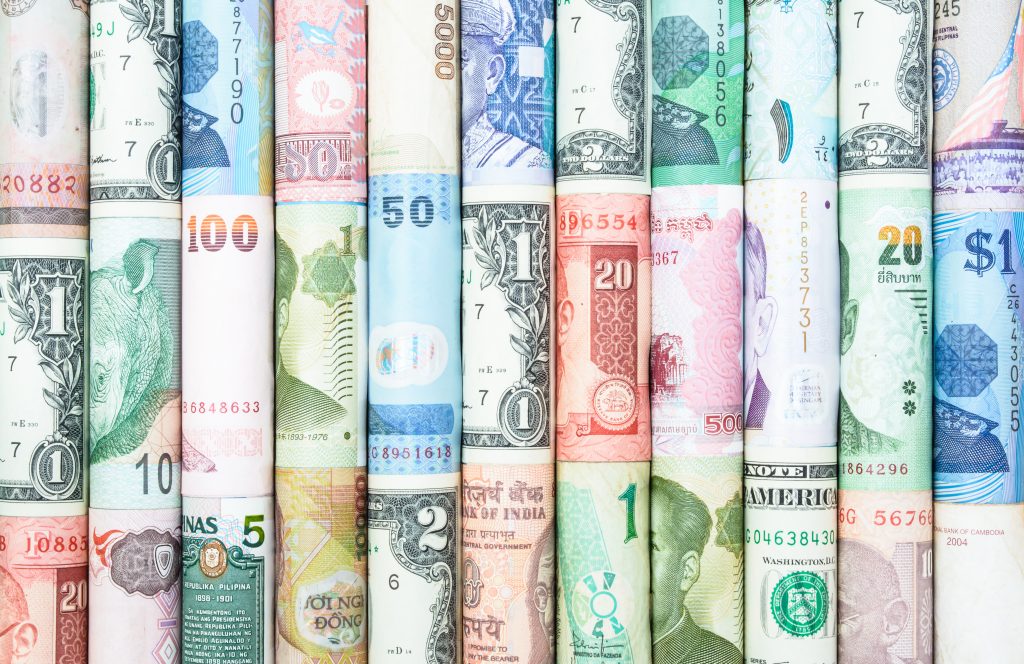 The dollar surged to a near 14-year high before pulling back on Thursday, clocking up records against a range of other top world currencies and skittling emerging markets.

Stronger data from the world’s biggest economy had underpinned the greenback’s gains, which were further amplified by thinner volumes as U.S. traders stayed away for the Thanksgiving holiday.

It was off its highs as Europe wound down but had earlier pushed its way past more of last year’s peaks against the euro to reach $1.0515, with only the March 2015 high of $1.0457 standing in the way of a drive towards parity.

The yen had skidded to an eight-month low and China’s yuan to an 8-1/2 year low, while the highly sensitive Turkish lira and Indian rupee hit new troughs as warning lights flashed in emerging markets.

“There doesn’t seem to be anything stopping U.S. yields going higher in the near-term so I think people are going to stay on the dollar trend,” State Street Global Markets’ head of global macro strategy, Michael Metcalfe, said.

“The only risk to this [is] that the dislocations in markets outside of the U.S., particularly in emerging markets, get to a point where they start to feed back into concerns (for the Federal Reserve as it looks to raise interest rates),” he said.

In contrast to all the FX noise, European shares saw a broadly quiet day, with most of the main bourses inching up on gains from chemical and insurance sector stocks but capped by weaker banks.

German business confidence data showed firms remained unfazed, for now at least, by the U.S. election win for Donald Trump and the political uncertainty bubbling in the euro zone.

ECB Vice President Vitor Constancio said the bank would be watching Italy particularly closely as it braces for a referendum on sweeping changes to its constitution next month.

“It’s the sort of political uncertainty that will trigger or not an economic shock in financial markets,” Constancio told reporters after presenting the ECB’s twice yearly report on financial stability, referring to if Italy’s government losses the vote.

“And depending on the degree of that shock, then we have to see if we have anything to do or not.”

It was enough to keep bond markets playing the transatlantic divide that has been widening again on bets that, while the United States may be about to raise interest rates, Europe is unlikely to follow suit for a couple of years.

The yield on Germany’s 10-year government bond, the benchmark for the region, fell 2 basis points (bps) to 0.26 percent, while Italy, which has been plagued by its political concerns, outperformed with yields down 5 bps to 2.08 percent.

In the United States on Wednesday by contrast, the two-year Treasury yield hit its highest since April 2010.

The firm dollar hit most emerging market currencies, with China’s yuan nearing the 7 per dollar level for the first time since May 2008.

State banks or foreign exchange authorities in China, India, Indonesia and the Philippines were all suspected of intervening to slow the slide in their currencies, traders said.

Turkey’s lira and India’s rupee both sank to record lows. The lira was also buffeted by calls from European lawmakers to halt Turkey’s EU membership talks, though it clawed back some ground after the Turkish central bank raised one of its key interest rates for the first time since 2014.

MSCI’s broadest index of Asia-Pacific shares outside Japan lost 0.4 percent, though the drop in the yen lifted the export-orientated Nikkei in Tokyo to a near 11-month high.

Oil prices were little changed amid all the dollar commotion and ahead of a planned OPEC-led cut in crude production at a meeting on Nov. 30.

Industrial metals remained red-hot meanwhile on hopes of a revival in U.S. manufacturing and infrastructure spending under Trump. London zinc hit an 8-year high and copper jumped for a fourth day in a row to put $6,000 a tonne within reach.

“Strong durable goods orders in the U.S. helped buoy investors who have viewed Trump’s upcoming presidency as a positive for industrial metals demand,” ANZ said in a report.