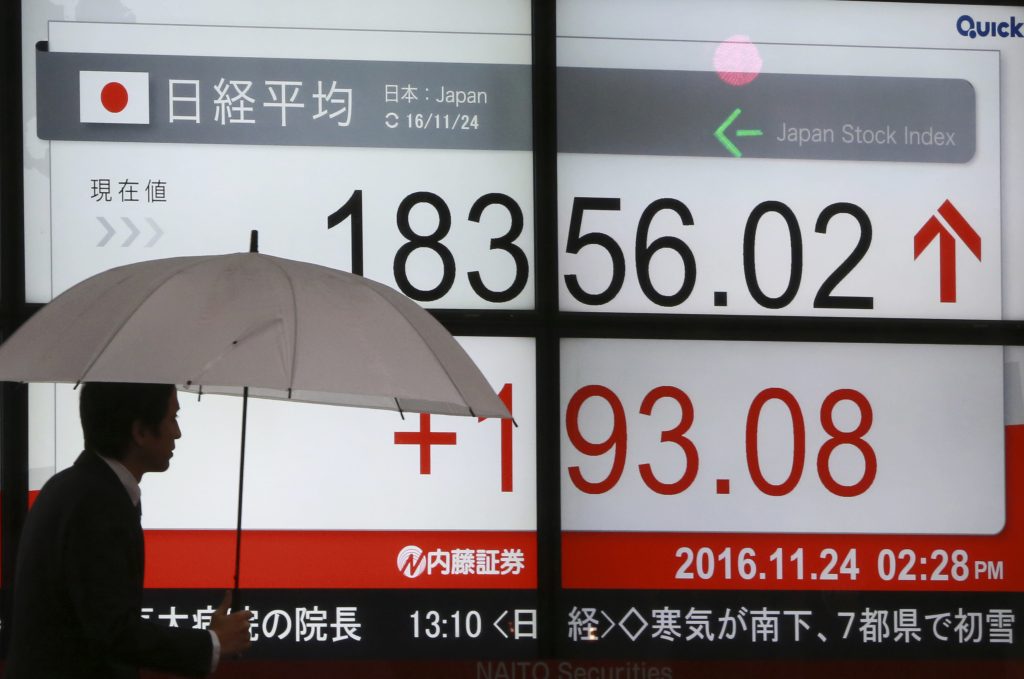 Asian markets were mixed Thursday in quiet trade amid the Thanksgiving holiday in the U.S., with Japan’s bourse buoyed by a lower yen.

“Volumes have been poor through U.S. equity markets and that’s hardly a surprise given the upcoming Thanksgiving holiday, but the juggernaut that is the bull market continues, albeit slowly,” Chris Weston of IG said in a report. He said the Russell 2000 index of small-company stocks, where the real momentum is, gained for the 14th day in a row. Weston said the U.S. Federal Reserve is expected to go ahead with an interest rate hike in December, especially after the release of a slew of strong economic data.

Benchmark U.S. crude rose 5 cents to $48.01 per barrel in electronic trading on the New York Mercantile Exchange. The contract slipped 7 cents on Wednesday to close at $47.96. Brent crude, used to price international oils, was flat at $48.95 in London. The contract lost 17 cents in the previous session.