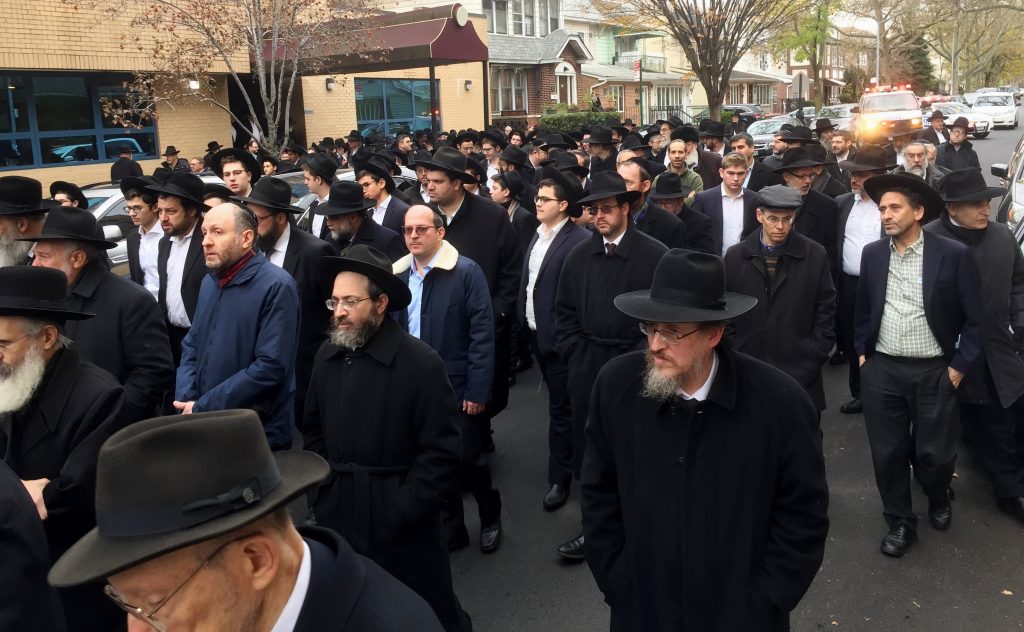 Rabbi Elias Schwartz, z”l, long-time Menahel of Yeshivas Toras Emes-Kaminetz and Rav of the Young Israel of Bensonhurst, was niftar on Wednesday, 22 Cheshvan. He was in his late 90s. A legendary mechanech, he drew countless neshamos closer to Torah u’mitzvos with his sincere warmth and caring and his intense passion for Yiddishkeit inspired many who learned under his charge to become true bnei Torah, and some even Gedolei Yisrael.

“His outlook was one of total dedication to every talmid, no matter who he was, where he came from or what he looked like,” one Toras Emes alumnus told Hamodia. “He was a very warm person and was able to make every individual feel special … he was a gentle man, but had a lot of passion in him that was never far from coming out of him.”

Rabbi Schwartz attended Yeshivah Torah Vodaath, where Harav Shlomo Heiman, zt”l and, especially, Harav Shraga Feivel Mendlowitz, zt”l, made a formative impression on his life. For many decades, the lessons of his rebbi were constantly on his lips, always referring to him as “Mr. Mendlowitz,” as the great builder of Torah insisted on being called by talmidim. It was Rav Shraga Feivel who Rabbi Schwartz credited with his decision to dedicate himself to a life in chinuch.

In the 1940s, Rabbi Schwartz assumed leadership of Torah Emes, at that time one of very few Torah-true mosdos in the Boro Park-Flatbush area. He would remain there for half a century. With his unique ability to size up a child’s potential and to instill in each child his own love for all aspects of Torah, he built generations of talmidim into marbitzei Torah and ehrliche baalei batim.

Rabbi Schwartz kept the doors of Toras Emes wide open to children of all backgrounds and saw to it that the mosad could provide an environment that would foster their success. He was a master of the principle of “chanoch lanaar al pi darko — to educate a child in a way custom-made for him, and had an ability to not only see the present situation of talmidim, but their potential many years down the road.

With families that struggled with financially, were not fully shomer Torah u’mitzvos or faced other challenges, he went out of his way to ease their burdens and formed many deep relationships that remained long after the students left Toras Emes.

Beginning in the early 1960s until 2004, Rabbi Schwartz led the Young Israel of Bensonhurst. His heartfelt drashos and the deep personal connections that he forged with mispallelim made him a particularly beloved and effective figure in the shul.

As Rabbi Schwartz’s reputation grew, many parents, Rabbanim and mechanchim consulted with him on difficult issues of chinuch and to gain from his sage advice. He authored several English–language sefarim that relate both educational guidance as well as clear discussions of basic hashkafic concepts.

On Thursday morning, a large crowd gathered at Yeshivah Toras Emes in Flatbush to bid a final farewell to the Menahel who dedicated his life to the mosad and its talmidim.

Rabbi Schwartz is survived by his son, Rabbi Dr. Yehuda (Gerald) Schwartz and a daughter, Mrs. Fay Hoschander, as well as by several grandchildren and great-grandchildren.

A longer tribute will appear, be”H, in a future edition.