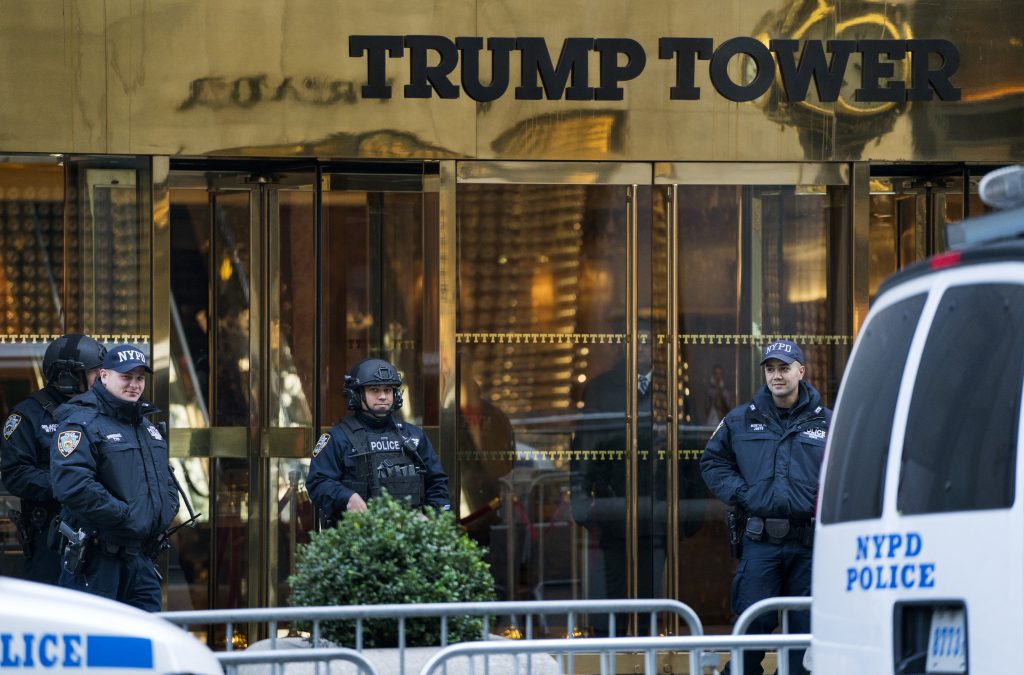 Commissioner Jim O’Neill said Wednesday to the MSNBC that, should things change, resilient New Yorkers will find an alternative path. He described pedestrian foot traffic on the sidewalks outside President-elect Donald Trump’s eponymous skyscraper as heavy. But he says it’s moving.

He also called 57th Street near the building where Trump lives and headquarters his businesses as perhaps the slowest crosstown street in Manhattan.

That’s because officials have barricaded that block where tower residents enter and have set up checkpoints manned by officers in guard booths.

O’Neill also told MSNBC host Joe Scarborough that the department has received no specific or credible terror threats ahead of the Thanksgiving Day Parade.