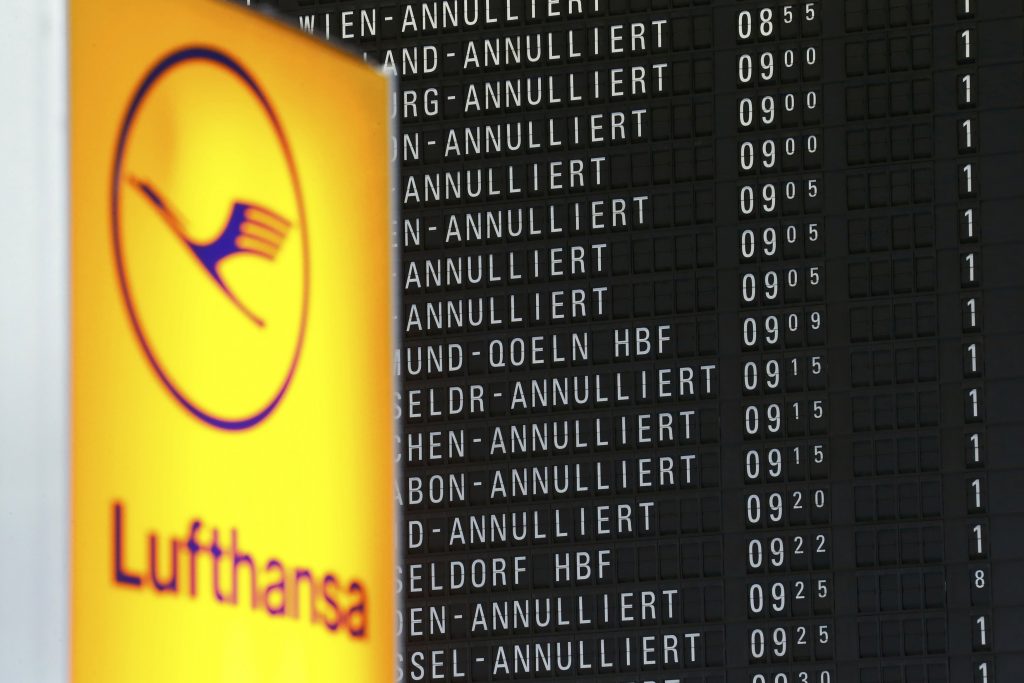 Lufthansa pilots in Germany began a two-day strike on Wednesday, grounding hundreds of flights at one of Europe’s largest airlines in a long-running pay dispute.

The Vereinigung Cockpit (VC) pilots’ union initially called a 24-hour walkout for Wednesday but extended the strike for an extra day after two courts rejected attempts by Lufthansa to halt the industrial action.

Lufthansa management, led by CEO Carsten Spohr, has refused to budge from its insistence that, despite record profit in 2015, the airline has no choice but to reduce costs if it wants to compete with leaner rivals such as Ryanair on short-haul flights and Emirates on long-haul routes.

Shares in the company have lost 12 percent of their value this year.

The airline said it had canceled 876 of roughly 3,000 flights scheduled for Wednesday, affecting about 100,000 passengers in what is the 14th strike in the dispute since early 2014.

Lufthansa, which expects the strike to cost between €7 million and €9 million ($7.4 million to $9.6 million) a day, will give details of Thursday’s cancellations later on Wednesday. It described the call to extend the walkout as “completely incomprehensible.”

The strike started at midnight and affects flights departing from German airports, including 51 long-haul flights so far.

Flights by Lufthansa’s other airlines, including Germanwings, Eurowings, Austrian Airlines, SWISS and Brussels Airlines, will not be affected, Lufthansa said.

Lufthansa has called on the pilots to enter mediation, which has been rejected by their union because it is first seeking a better offer from management as a basis for talks.

The union wants an average annual pay increase of 3.7 percent for 5,400 pilots in Germany over a five-year period from 2012. Lufthansa has offered 2.5 percent over the six years to 2019.

“We want the union to return to the negotiating table. Our door is wide open,” a Lufthansa spokesman said on Wednesday.

In its effort to reduce costs, Lufthansa has agreed on deals on pay and retirement schemes with the main unions representing ground staff and cabin crew in Germany.