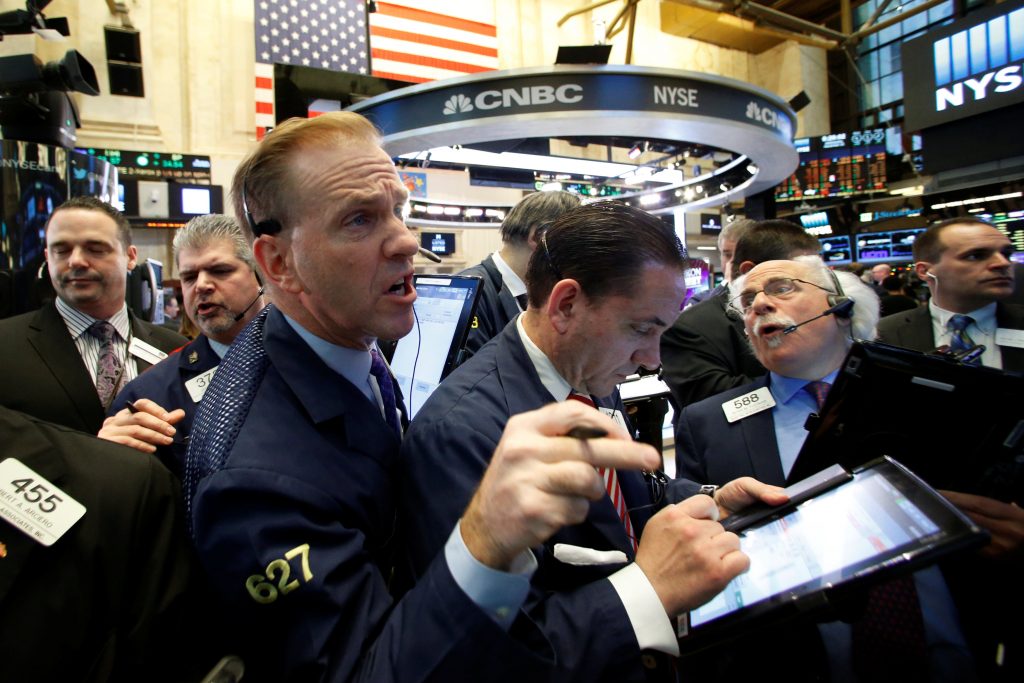 KEEPING SCORE: Helped by gains for industrial companies Caterpillar and United Technologies, the Dow Jones Industrial Average rose 41 points, or 0.2 percent, to 19,064 as of three p.m. Eastern time. The Standard & Poor’s 500 index dipped one point to 2,202. The Nasdaq composite lost 17 points, or 0.3 percent, to reach 5,368. Trading was relatively light ahead of the Thanksgiving holiday. U.S. markets will be closed Thursday and will close early on Friday.

RISING RUSSELL RECORDS: The Russell 2000 index of small-company stocks, which has risen for the previous 13 trading days, fell in early trading but recovered and moved 0.2 percent higher. The index has closed at a record high for eight consecutive days. It’s up 18 percent this year, more than twice as much as the S&P 500, which tracks large companies.

OH, DEERE! Agricultural and construction equipment maker Deere reported a bigger profit than analysts expected. Deere’s business has been hurt by a slowdown construction and low commodity prices, which have caused farmers to cut back on purchases of equipment. The stock advanced $10, or 10.9 percent, to $102.01 and reached an all-time high.

START YOUR ENGINES: Industrial companies are trading at all-time highs and continued to rise after Deere’s report. Construction and mining equipment maker Caterpillar gained $2.50, or 2.7 percent, to reach $96.12. United Technologies, which makes elevators, jet engines and other things, rose $1.20, or 1.1 percent, to $108.14.

ELI LILLY TUMBLES: Eli Lilly dropped after saying a potential treatment for Alzheimer’s disease failed in a clinical trial. The company said solanezumab did not slow down patients’ mental decline compared to a placebo. Lilly fell $7.88, or 10.4 percent, to $68.11, its lowest value in almost two years. Biogen, which is also studying a treatment for the disease, sank $12.44, or 3.9 percent, to $305.67.

PENNY FOR YOUR THOUGHTS: Gold prices have skidded since the election but copper prices have surged. The metal’s price is linked to economic expansion because of its use in construction and other areas, and it’s at its highest price in more than a year. It jumped in late October and November, when the broader market was falling, as investors wondered about the outcome of the presidential election, and at one point it closed higher for 14 days in a row.

The metal’s price kept rising after the election, as investors hope demand will increase under a potential infrastructure stimulus from President-elect Donald Trump and a Republican-controlled Congress.