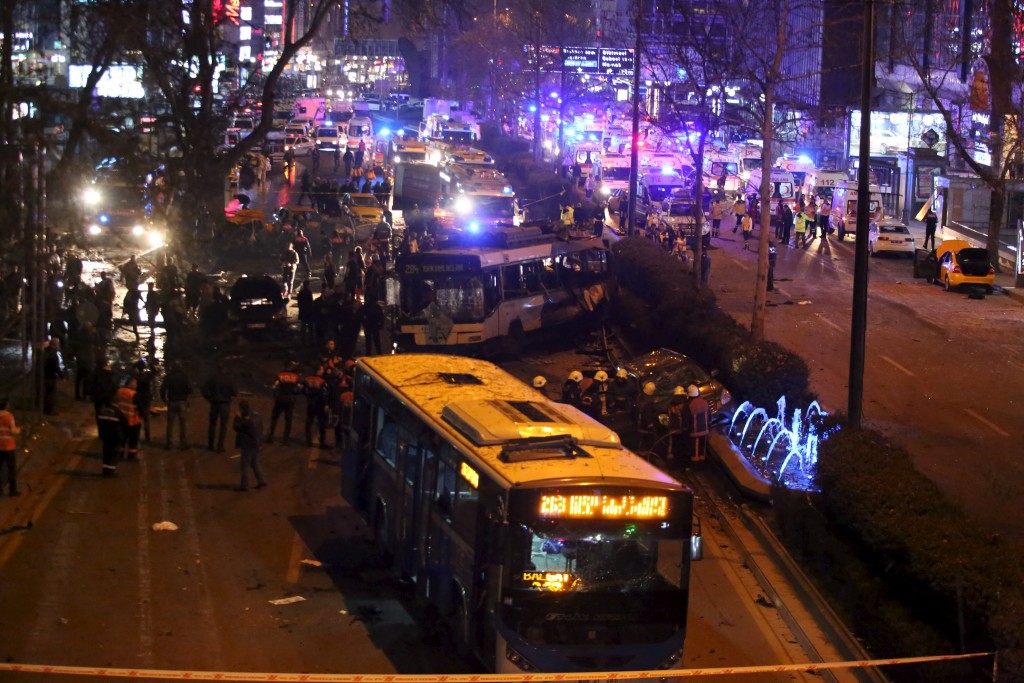 Turkish authorities issued an arrest warrant for the leader of the Syrian Kurdish Democratic Union Party (PYD) on Tuesday in relation to a February bomb attack on military buses in the capital Ankara, the state-run Anadolu news agency said.

The warrant named Salih Muslim, cochair of the PYD, the political arm of the YPG Syrian Kurdish militia, which the United States is backing in the fight against Islamic State in neighboring Syria.

Turkey is angered by the U.S. support and says the PYD is linked to Kurdish terrorists fighting for autonomy inside its borders.

The arrest papers also mentioned 47 other people, the Anadolu agency said, including leading members of the Kurdistan Workers Party (PKK) terrorist group, which has carried out a three-decade-long  insurgency in Turkey’s mainly Kurdish southeast.

In the Feb. 17 bombing, 29 people were killed and dozens wounded when a car laden with explosives detonated next to army buses near military headquarters in Ankara.

The PKK is designated as a terrorist organisation by Turkey, the United States and the European Union. More than 40,000 people have been killed in the conflict since it began in 1984.