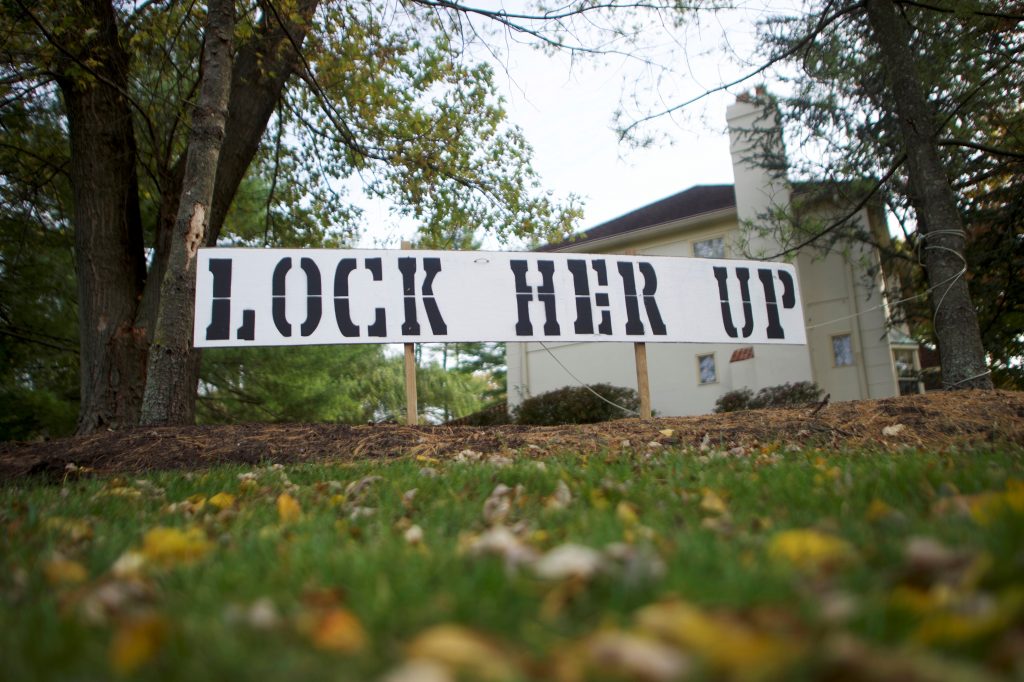 President-elect Donald Trump “doesn’t wish to pursue” further investigations into Hillary Clinton’s email practices, a top adviser said Tuesday, a turnaround from all the campaign rallies when Trump roused supporters to chants of “lock her up.”

“I think Hillary Clinton still has to face the fact that a majority of Americans don’t find her to be honest or trustworthy, but if Donald Trump can help her heal then perhaps that’s a good thing,” Kellyanne Conway said to the MSNBC.

That comes after months of Trump nicknaming his Democratic rival “Crooked Hillary,” questioning whether the Clinton Foundation is a pay-for-play scheme and raging against the Justice Department for refusing to prosecute her for blending private and official business on her homebrew email server. He told her face-to-face at a presidential debate that if he won the presidency, she’d “be in jail.”

Conway’s comments were striking because Justice Department investigations are historically conducted without the influence or input of the White House. Presidents do not dictate decisions on which criminal investigations are pursued or their outcome.

The disparity between Trump’s taunts on the campaign trail and his approach now, Conway suggested, is part of a purposeful shift away from at least the tone, if not the substance, of his past rhetoric.

“I think he’s thinking of many different things as he prepares to become the president of the United States and things that sound like the campaign aren’t among them,” she said.

Trump himself has appeared to waver on whether he would want to seek further probes into possible wrongdoing by the Clintons.

Trump said in that interview that Clinton “did some bad things,” but ultimately the Clintons are “good people” and “I don’t want to hurt them.”

Conway’s comments came as Trump abruptly canceled a meeting with The New York Times on Tuesday, accusing the organization of changing the conditions for the session “at the last moment.” The newspaper denied this and said Trump’s aides tried to change the rules. But Hope Hicks, speaking for Trump, said later the meeting was back on and he’d be “going to The New York Times” later Tuesday.

Trump met privately Monday with representatives of the television networks.

The president-elect heralded “more great meetings” in his Manhattan tower as he continues shaping his administration before heading to Florida for Thanksgiving on Tuesday.