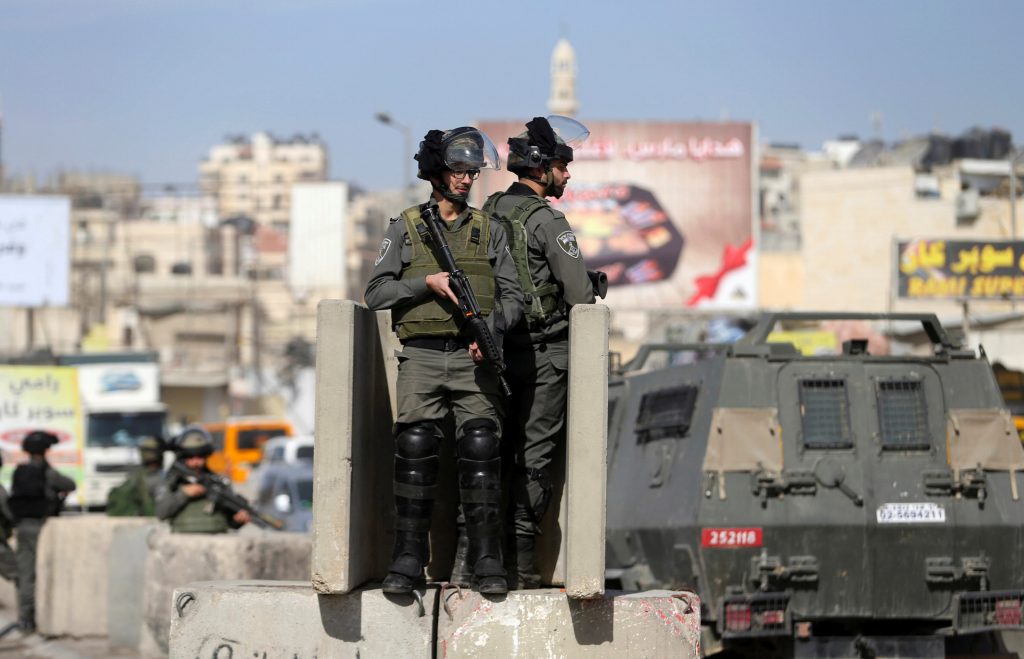 IDF soldiers on Tuesday morning shot and killed an Arab terrorist who attempted to attack and stab soldiers at the Kalandiya checkpoint, north of Yerushalayim. Soldiers observed an Arab brandishing a knife approaching a security official at the checkpoint. Soldiers warned him to halt and drop the knife, but he kept advancing. They opened fire, injuring him seriously. The terrorist was arrested and taken to an Israeli hospital for treatment, but later died from his wounds.

Overnight Monday, Border Guard units in southern Israel managed to prevent the theft of a large number of sheep owned by Jewish farmers in southern Israel. While on patrol, officers became aware of a large van that was driving with its lights off near the agricultural settlement of Eitan in the Negev. The officers approached the vehicle, and saw that while its engine was on, there was no one behind the wheel. In the back of the van, however, the officers discovered a flock of sheep, and an investigation determined that the sheep belonged to farmers in Eitan. The thieves had either gone to get more sheep or had run away when they realized that security officers were in the area.

Also overnight Monday, Israeli security officials said they arrested four wanted security suspects in other areas in Yehudah and Shomron. The suspects were wanted for participating in rioting and throwing stones and firebombs that endangered Israeli civilians and IDF soldiers. Several of the suspects were also charged with belonging to Hamas. All were being questioned on their activities by security forces.