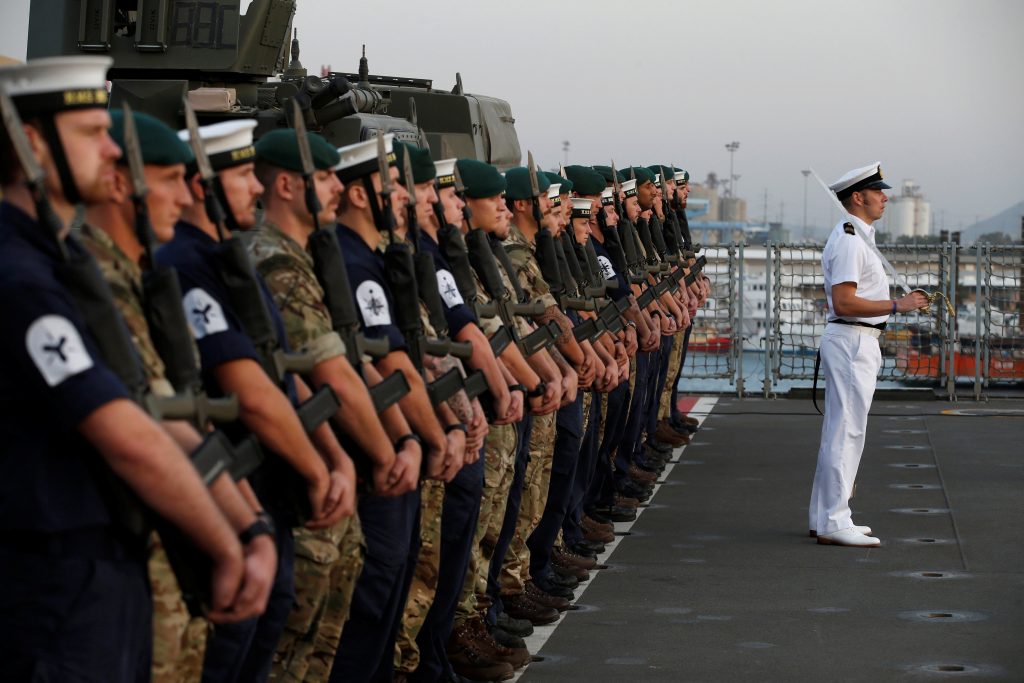 In a brief friendship docking on Tuesday, the British Royal Navy Assault Ship HMS Bulwark, the second largest ship in the fleet, arrived in the Haifa port before returning to the United Kingdom.
According to a Royal Navy statement, the Bulwark’s docking in Haifa “demonstrates the growing relationship between the Royal Navy and the Israeli Navy and the desire to continue to develop that interaction.”

Israeli Defense Minister Avigdor Liberman, speaking at an event on board the ship, told the crowd that “this visit is a sign of the deep cooperation between the U.K. And Israel. We enjoy very good cooperation on many levels, including intelligence, and now of course, between our navies.”

Captain James Parkin, the ship’s commander, told The Jerusalem Post that “we have Israeli navy colleagues on board right now, learning, getting presentations, and exchanging ideas about operations. We have a great relationship with the Israeli navy, although it is quite difficult to get a warship out to Israel, but we try to as often as we can. I am very proud that I am in Haifa for the second time in my naval career.”

Prior to docking in Haifa, the Bulwark took part in several exercises with the Israeli navy.