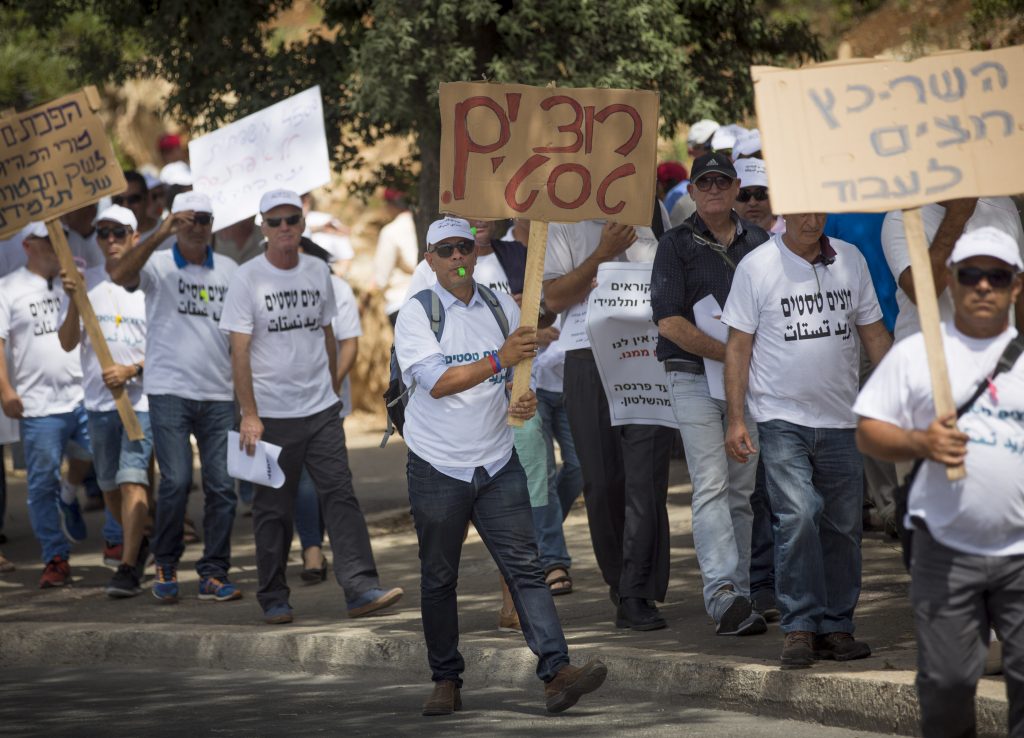 Driving testers are threatening to once again go on strike, after the High Court ruled that the Transport Ministry could continue with its program of outsourcing tests to private driving schools and testers. The court ruled on Monday.

Transport Minister Yisrael Katz called the decision “a great victory for hundreds of thousands of young people and soldiers who will soon be able to take their driving test within three days of applying for one, and take a retest within 14 days if they need to take it again. This will replace the average wait of three months or more that students are currently forced to undergo.”

But the organization representing testers said that they did not accept the ruling as applying to their situation. “The petition that the court ruled on involved a complaint by one driving school teacher and three testers,” said Avi Kramer, a spokesperson for the group. As such, it does not, or should not, apply to their situation. “Driving testers will continue to fight in order to relieve the burden on them and on their students.”

A months-long strike by testers was suspended last May, after some 40,000 road tests were cancelled, resulting in extensive delays for students who are getting their first license, and creating a shortage of drivers of commercial vehicles, as new drivers cannot get their licenses to replace drivers who are retiring at bus and trucking companies. The strike began on March 20, as examiners demanded that the government halt its plan to outsource the tests to private driving school teachers. The backlog from the previous strike has still not been completely erased, officials said.