National Britain to Trump: ‘There is No Vacancy’ for Farage as Ambassador to U.S.
National 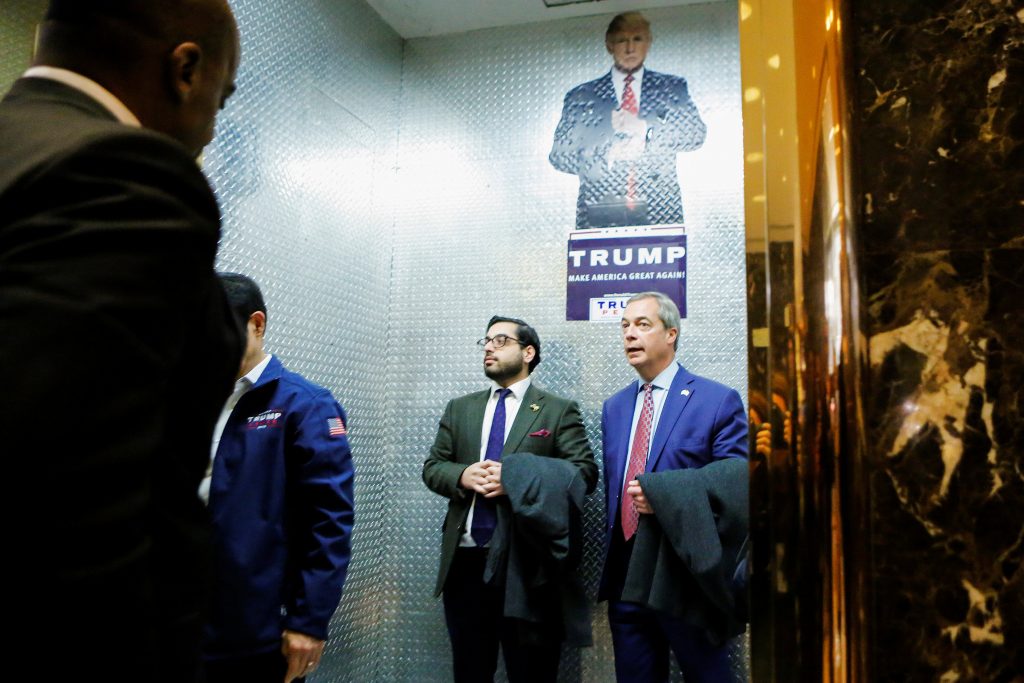 After President-elect Donald Trump said many people would like to see Brexit campaigner Nigel Farage as British ambassador to Washington, Prime Minister Theresa May’s office pointedly ruled out such a move.

“There is no vacancy,” a Downing Street spokesman said when asked about Trump’s remark on Tuesday. “We already have an excellent ambassador to the U.S.”

Farage, one of the leaders of the successful referendum fight for Britain to leave the European Union, spoke at a Trump rally during the election campaign and visited the president-elect after his victory.

Earlier, Donald Trump said many people would like to see Farage as British ambassador to Washington.

“He would do a great job!” Trump wrote.

“Brexit Britain means huge global opportunities. One of the first places the U.K. should start is in the U.S. with Donald Trump,” Farage said shortly after his meeting earlier this month with Trump.

Meanwhile, Farage said he was in a good position to help Britain build ties with Trump.

“I have known several of the Trump team for years and I am in a good position with the President-elect’s support to help,” Farage wrote in a column for the Breitbart site.

“The world has changed and it’s time that Downing Street did too,” he said, referring to Prime Minister Theresa May’s office.