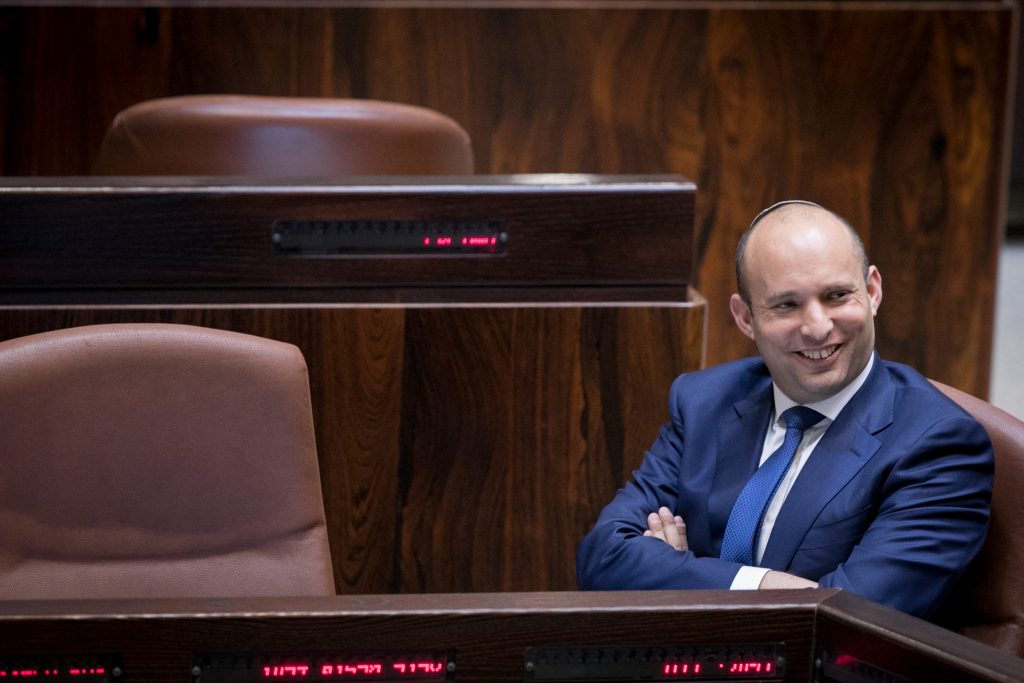 A day after a government directive banned unauthorized contact with the Trump transition team, it was revealed on Tuesday that Education Minister Naftali Bennett had met privately with Trump aides, which may have prompted the ban.

Bennett reportedly urged that the incoming administration consider his proposal for annexation of parts of Yehudah and Shomron while allowing Palestinians increased autonomy in others areas of the region, as an alternative to the two-state solution.

Bennett was in the U.S. in his capacity as Diaspora minister when the meetings took place.

The Jewish Home party confirmed that the minister had two sit-down meetings with “Trump officials from various levels,” and conceded that Netanyahu’s reaction was to impose a ban on such contacts, unless cleared first with the prime minister’s office or the embassy in Washington.

It was Bennett who proclaimed at the time of the Trump victory that “the era of a Palestinian state is over.”

Shortly after that, Defense Minister Avigdor Liberman said that a message had been received from the Trump staff warning that Israeli officials should tone down their comments. Liberman himself publicly suggested a freeze on building in Yehudah and Shomron outside the Jewish blocs, while building would be continued inside them, if the Trump administration agreed.

Prime Minister Binyamin Netanyahu has avoided any such presumptive statements, saying only that he welcomed Trump’s win and accepted his invitation to meet with him in Washington in the near future.