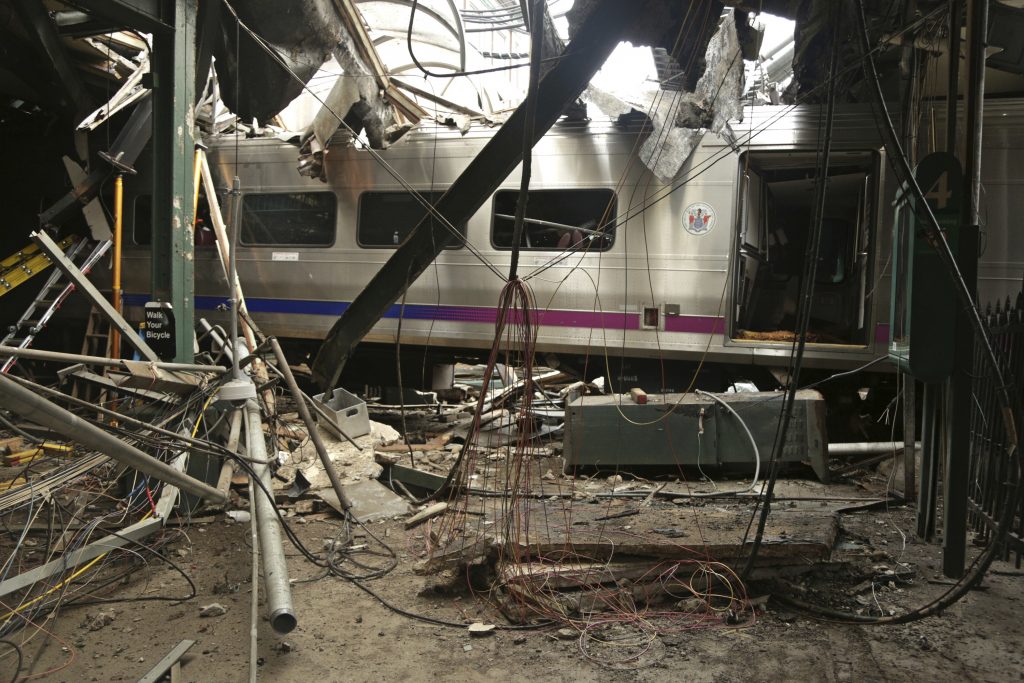 Federal regulators are urging railroads across the country to test train operators for obstructive sleep apnea, after the engineer in September’s deadly New Jersey commuter train crash was found to have the fatigue-inducing disorder.

The Federal Railroad Administration will issue a safety advisory this week stressing the importance of sleep apnea screening and treatment, Administrator Sarah Feinberg told The Associated Press. One railroad that already tests its engineers, Metro-North in the New York City suburbs, found that one in nine suffers from sleep apnea.

The advisory, akin to a strong recommendation, is a stopgap measure while regulators draft rules that would require all railroads to screen engineers for sleep apnea. That process could take years, and Feinberg said railroads shouldn’t wait for the government to force action.

“At this point it’s unacceptable to wait any longer,” Feinberg said.

Sleep apnea affected people are repeatedly awakened and robbed of rest as their airways close and their breathing stops, leading to dangerous daytime drowsiness.

“You end up with an engineer who is so fatigued they’re dosing off, they’re falling asleep in these micro bursts and they often have no memory of it, and they’re operating a locomotive at the time, so they’re putting hundreds of people in danger,” Feinberg said.

Airplane pilots with sleep apnea aren’t allowed to fly unless they’ve been successfully treated. Regulators are also pushing for bus and truck drivers to get tested.

Currently, train engineers are required to undergo vision and hearing testing at least every three years. Some railroads require annual physicals, but there are no federal standards for comprehensive medical exams.

New Jersey Transit engineer Thomas Gallagher, 48, was diagnosed with severe sleep apnea about a month after his train slammed into Hoboken Terminal at double the 10 mph speed limit on Sept. 29, his lawyer said. One woman on a platform was killed by falling debris. More than 100 people were injured.

Gallagher had passed a physical in July and was cleared for duty, lawyer Jack Arsenault said. The engineer told investigators he felt fully rested when he reported to work. He said he had no memory of the crash and only remembered waking up on the floor of the engineer’s cab.

NJ Transit declined to answer questions about its screening program, saying it was not authorized to discuss an employee’s medical information and couldn’t discuss specifics about the crash while federal investigators continued their probe.

Sleep apnea also went undiagnosed in the engineer of a commuter train that sped into a 30 mph curve at 82 mph and crashed in New York City, killing four people, in 2013. He had fallen asleep at the controls. A deadly freight train crash in 2011 in Iowa and another freight crash in 2013 Missouri also were attributed to sleep apnea.

Metro-North started testing for sleep apnea after the 2013 crash. Its screening program has found sleep apnea in 51 of its 438 engineers and trainees, spokesman Aaron Donovan said. They are undergoing treatment, he said.

The Long Island Rail Road is in the process of starting a testing program.

The FRA first recommended sleep apnea testing in 2004, but Feinberg said most railroads are still not doing enough to address the issue.

“This is one more thing railroads can do to keep their passengers safe and the communities they’re traveling through safe,” Feinberg said.

Railroads are already facing a December 2018 deadline to install positive-train control, GPS-based technology designed to automatically slow or stop trains that are going too fast. Regulators say the system can take over control of a train when an engineer is distracted or incapacitated.

Democratic Sens. Cory Booker and Bob Menendez, of New Jersey, and Charles Schumer, of New York, sent a letter last week asking the FRA to investigate whether there were any problems in the NJ Transit screening program that could have led to the Hoboken crash.

“The bottom line is that we must do all we can to prevent rail accidents in an era where the demands on rail are ever increasing,” Schumer said. “And so, these safety advisories are a crucial and positive step, and I hope all railroads will comply quickly.”