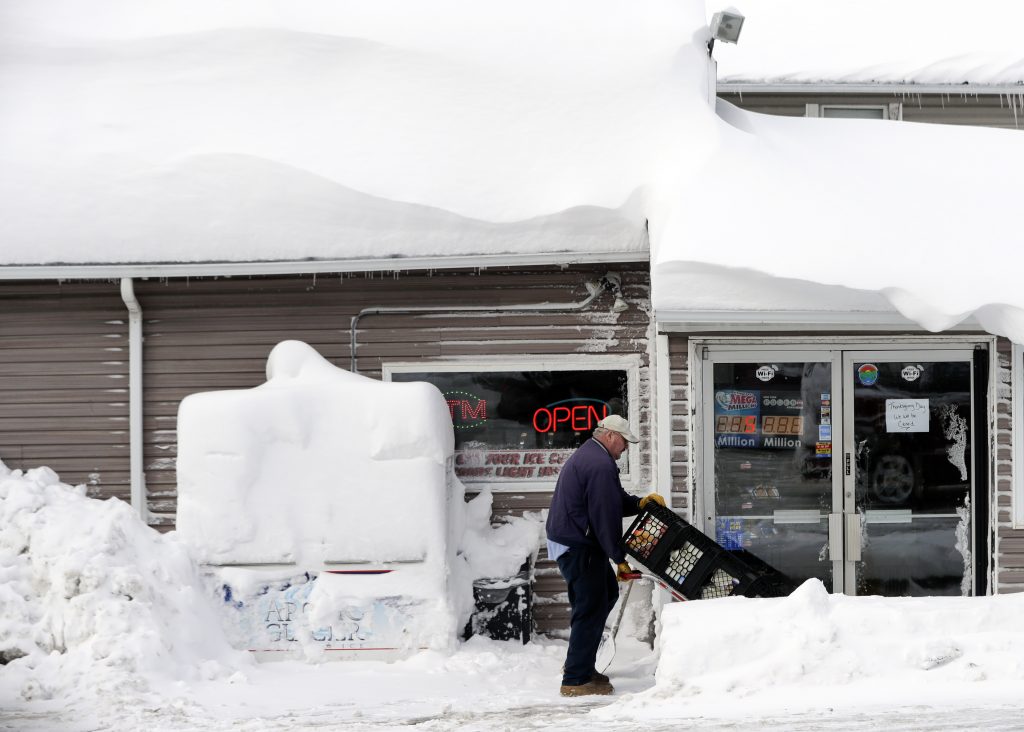 A storm system is bringing wintry weather to the Northeast, dumping up to 18 inches of snow in parts of upstate New York.

Schools in central New York and western Massachusetts called off classes Monday or had delayed starts.

The National Weather Service says the storm that started over the weekend has dropped up to 18 inches near Binghamton and Syracuse in New York. Parts of western Massachusetts and northwest Connecticut got about a foot.

The storm is expected to wind down later Monday.

In New Hampshire, the snow caused car crashes, including a fatal one.

New England ski areas, meanwhile, are rejoicing ahead of the traditional start to the season.