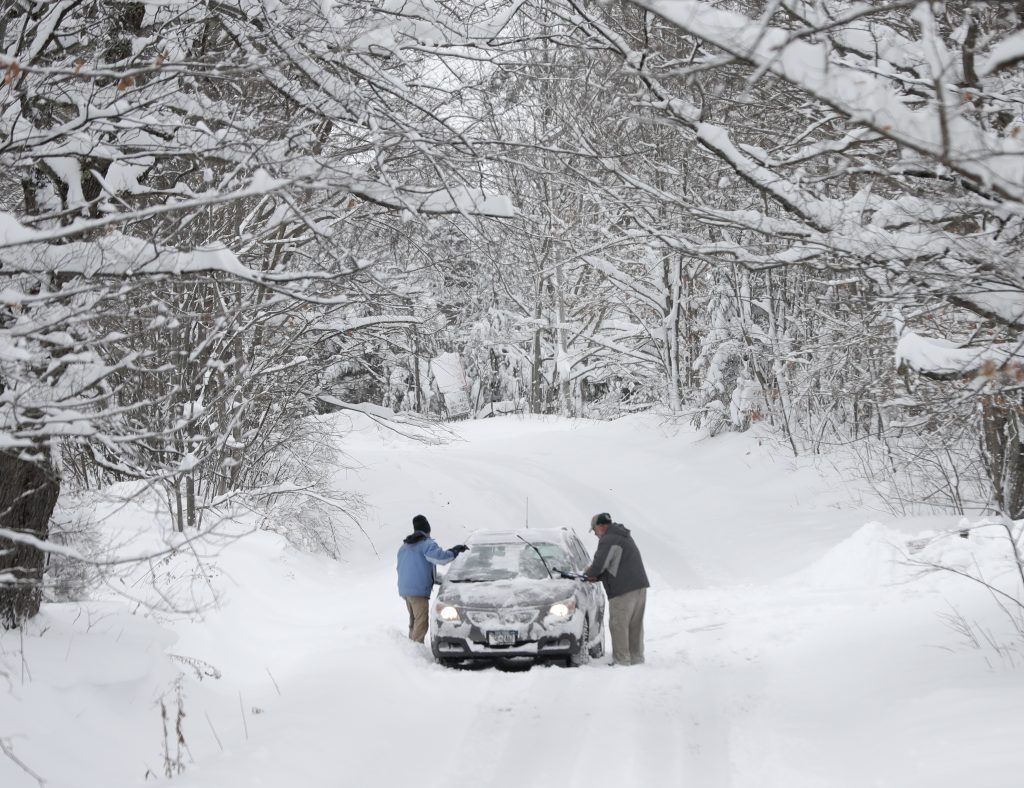 Forecasters say New York’s first major snowstorm of the season could dump another foot of snow on top of the nearly two feet that has already fallen on parts of the upstate region.

The National Weather Service says the lake-effect storms that started over the weekend have dropped up to 14 to 23 inches from Rochester eastward to the Adirondacks. Meteorologists say some areas along Lake Ontario will likely get up to another 12 inches by early Tuesday.

Gale-force winds are driving the snow, with gusts of 50 mph to 67 mph recorded Monday along Lake Ontario’s southern shore from the mouth of the Niagara River to Oswego.

Scores of schools from the Rochester area east to central New York called off classes or delayed their start by two hours.